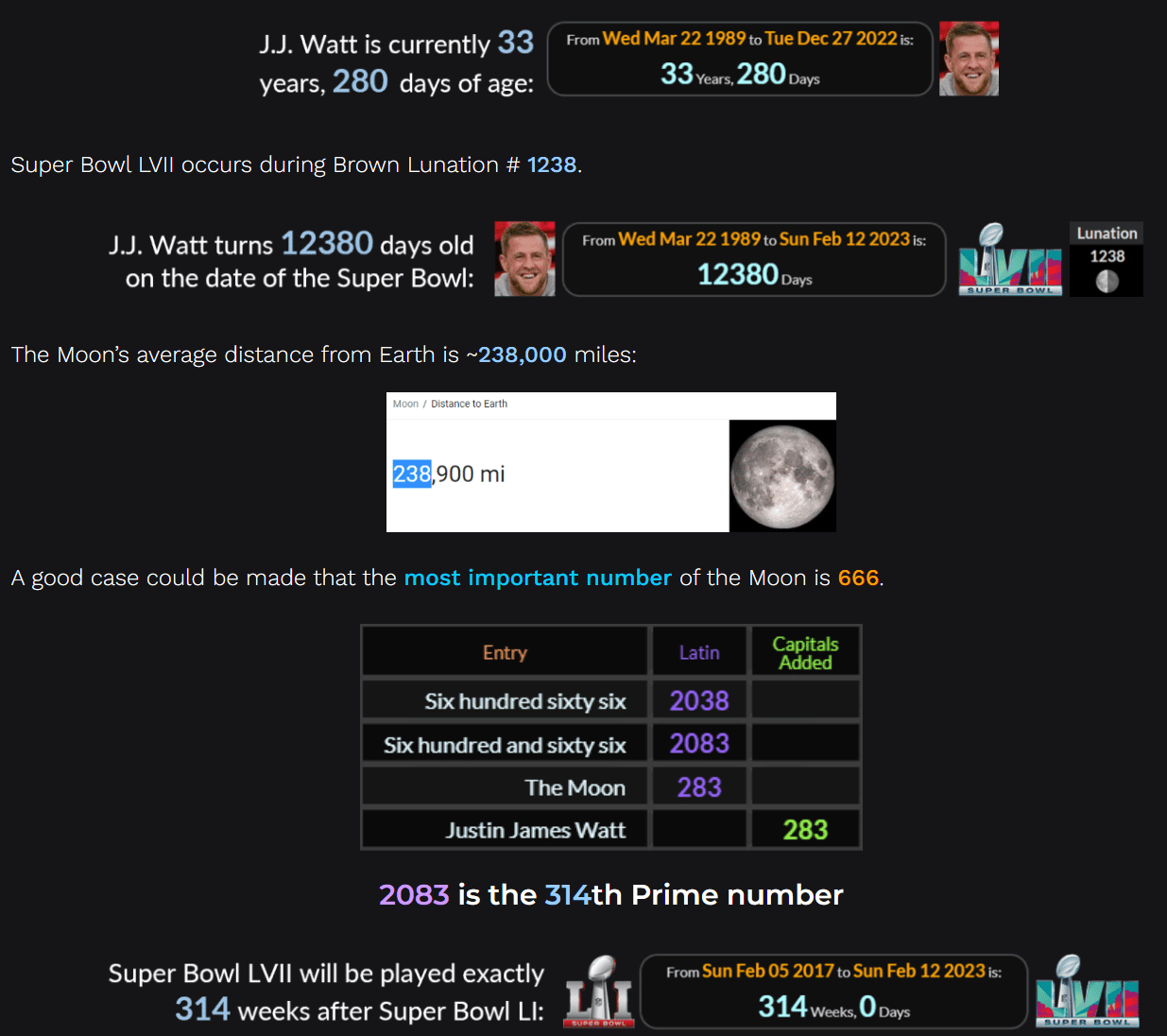 Defensive lineman and future Hall of Famer J.J. Watt has announced his retirement. J.J., just like his brother T.J., played college football at the University of Wisconsin, who happens to be playing the Oklahoma State Cowboys in the Guaranteed Rate Bowl tonight:

Watt plays for the Arizona Cardinals, who are based in the Phoenix metropolitan area. Tonight’s Guaranteed Rate Bowl is being played in Phoenix, and the Cardinals will also host Super Bowl LVII. This year’s Super Bowl is a massive tribute to The Moon. J.J. Watt wears #99, while T.J. Watt wears # 90.

Consider how I just made this post about Green Bay’s Christian Watson being connected to this year’s Super Bowl. This article makes it a point to show Watt with his son: 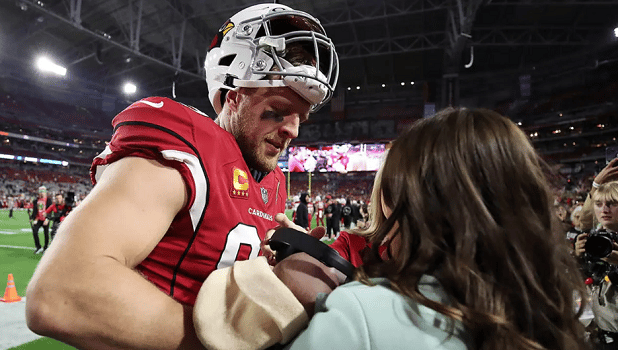 A good case could be made that the most important number of the Moon is 666.

J.J. Watt played most of his career with the Houston Texans. This is relevant in regards to the fact that I’ve been documenting how this year’s Super Bowl riddle is connected to the 2016-17 NFL season, which ended with Super Bowl LI played in Houston.

In 2016, both Arian Foster and Andre Johnson, the two most potent offensive players in Texans history, announced their retirements in the middle of the regular season. J.J. Watt, a defensive player is the most valuable in Texans’ history according to Football Reference, just barely ahead of Johnson.

Super Bowl Fifty-one, which was played in Houston, has gematria of 2023. Remember the huge “223” catch by Julian Edelman with 2:23 on the clock.

The next Super Bowl occurs on the date leaving 322 days in the year 2023. The number 223 is significant to the Moon because there are 223 lunar phases between each eclipse of the same Saros series.

48 is the fourth multiple of 12. Watt played 12 seasons in the NFL. This is a number that’s been trending very heavily lately, and may be pointing to Aaron Rodgers. #12 for the Packers wants his first Super Bowl win in 12 years on the 12th of the month, a date with 12 numerology.