If you include the end date, this measurement also works with May 6th. This is important because May 6th marks the coronation of Charles III and Camilla.

Aaron Rodgers, who wears #12, could be looking for his 163rd career victory.

In Reverse, Green Bay Packers sums to 84, just like The Buffalo Bills, who are coached by Sean McDermott.

Notice how these teams share a value of 150 in the alphabetic order. The next Bills-Packers matchup would be the 15th in history, and the Super Bowl falls exactly 15 weeks (or 105 days) after their regular season game:

In 2021, the Milwaukee Bucks won the NBA Championship with 105 points. This was important to the death of Franco Harris, the man who caught the Immaculate Reception, which is a play on words related to the Immaculate Conception of the Virgin Mary. Also check this post to see how the Super Bowl could be connected to IBM.

A win for the Bills would give them a 10-5 all-time record against Green Bay. Their regular season game took place on the 303rd day of the year:

It’s been 691 years since the 1331 total solar eclipse, which may be the most significant of all-time: 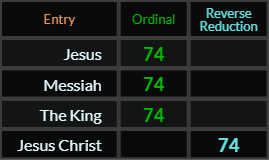 A win for the Packers would give them a 9-6 record against the Bills, who are led by quarterback Josh Allen, who was born in ’96.

Charles III will be coronated because his mother died at the age of 96. Her death fell on the first day of this year’s NFL season, which was September 8th, written 9/8.

This is the gematria of Prince Rogers Nelson, whose death at 57 will be completely connected to Super Bowl 57.

Prince once released a song called I Will Due 4 U. Since “U” is the 21st, letter, this essentially told us the date of his death, 4/21, a few decades later. This number connects Prince to Sean McDermott.

Super Bowl 57 is the ultimate “Moon” riddle, falling on a date with 57 numerology, leaving 322 days in the year:

The Packers’ last loss against Philadelphia dropped them to 4-8, while the Eagles improved to 10-1.

Franco Harris has one Super Bowl MVP, and he got it in Super Bowl 9 against Minnesota.