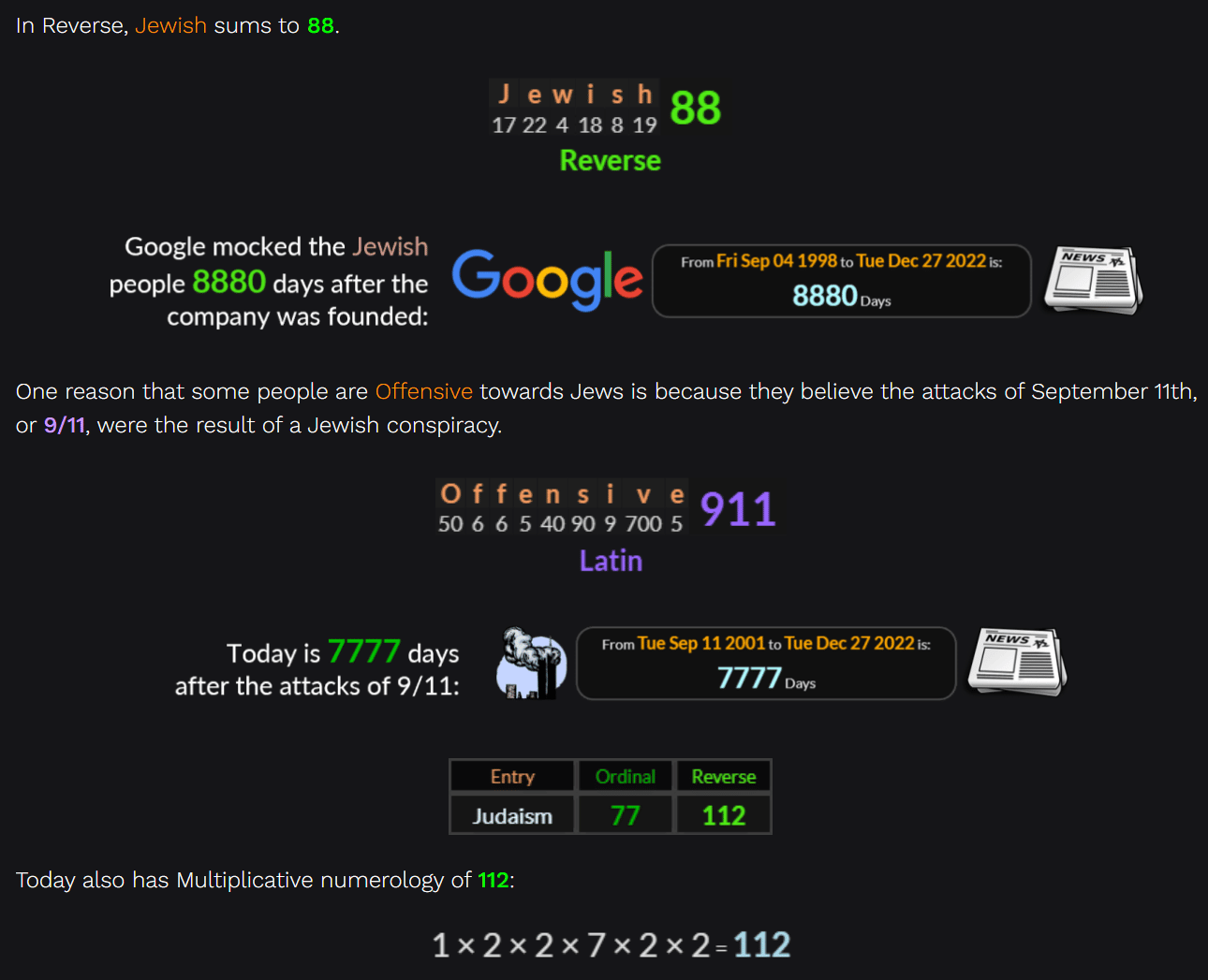 Although this article states this happened on “Wednesday”, that’s not really possible because it’s still early on Tuesday, which has a Life Lesson number of 45:

Today’s date also has numerology of 61 and 16, a good day to Google the word Jew:

Maybe the article says “Wednesday” because that date is written as 12/28.

In Reverse, Jewish sums to 88.

One reason that some people are Offensive towards Jews is because they believe the attacks of September 11th, or 9/11, were the result of a Jewish conspiracy. The falling of the two towers strongly-resembled the commemorated events on Tisha B’Av, a Jewish holiday of mourning.

Today also has Multiplicative numerology of 112:

Google is owned by Alphabet.