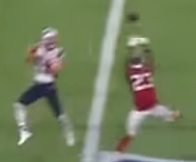 Regardless of the fact that pro sports are scripted, you have to be impressed with some of the things they’re still able to pull off. Perhaps the best example of this is is Julian Edelman’s miraculous catch during the Patriots’ game-tying drive in Super Bowl 51.

Video of the play

Notice the time on the clock at the start of the play – 2:28. The score is also 20-28. Since zeros are ignored in numerology, this is essentially the same number.

227 is the number I talk about usually being most closely associated with the circle, in addition to 314, but we can’t ignore 228 either, as it’s coded into the name of our country, which I’ve dubbed the Land of the Circle.

The Super Bowl has perfect gematria to sync up with “The Moon” in Hebrew.

So does the winner:

This game fell one week after John Cena won the WWE Title at the Royal Rumble.

John Cena is from Massachusetts, where Tom Brady plays his home games.

Edelman’s birthday is May 22nd, the date that leaves 223 days in the year.

If that’s a stretch for you…then check out the time on the clock as Edelman finally reels the ball in. 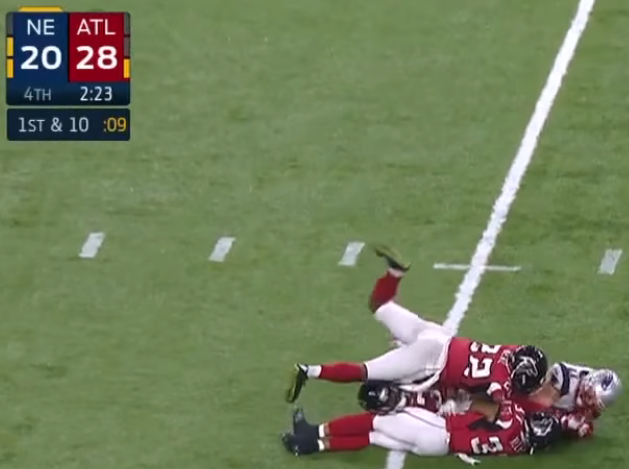 Not only is there exactly 2:23 on the clock, but look at the two Falcons players laying next to Edelman! You can clearly see #22 and the 3 from the other player’s jersey.

Also check out how the ball was snapped with 9 seconds on the play clock on first and ten. This 119 sequence is certainly no mistake either.

Who knows how many times this play was rehearsed. What I want to know, however, is whether or not there’s some technology that messes with the ball. It seems to have hung up above the ground for longer than it should have. Pay close attention during the games – sometimes it looks like the slightest touch by a player will send the ball flying at a speed far too high for the amount of force put against it.

229 Points in Thunder/Lakers Game on 1/3/18
Was the Steve Bartman Incident Foreshadowed on TV?