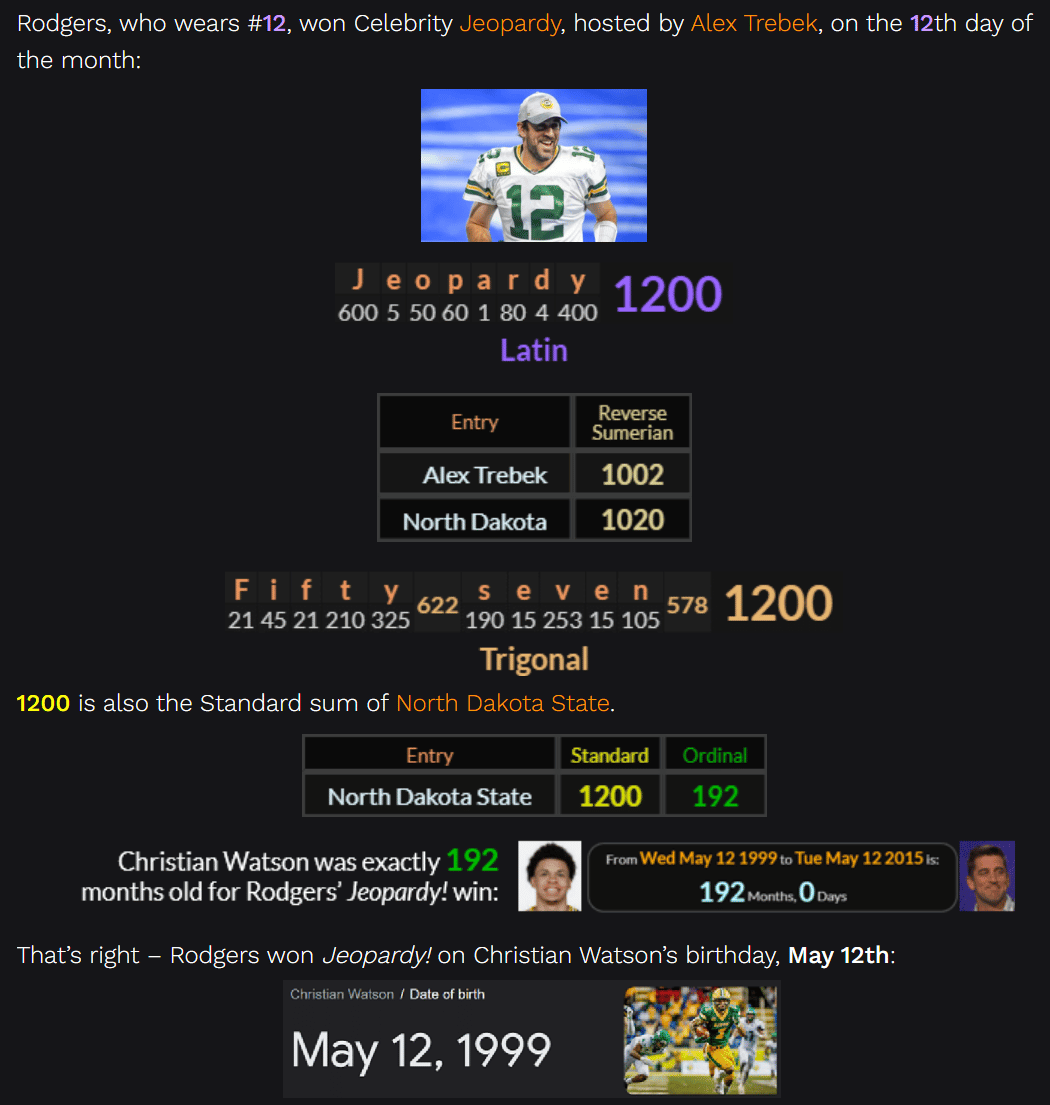 In 2011, an AI supercomputer named IBM Watson left television fans around the world terrified about their future by crushing the two most successful Jeopardy! players of all-time, Ken Jennings and Brad Rutter, in a three-day, two-game series:

The number Eight has matching Ordinal gematria with Aaron Rodgers. In Latin, Eight shares a matching value with IBM, Green Bay, and Rodgers.

Four years later, it was Aaron Rodgers himself who shocked television fans around the world by defeating an astronaut and a Shark Tank mogul. His performance was so good, it led to a gig hosting the show following the death of Alex Trebek:

The city that host’s The Green Bay Packers is home to the 920 dialing code:

Rodgers, who wears #12, won Celebrity Jeopardy, hosted by Alex Trebek, on the 12th day of the month:

1200 is also the Standard sum of North Dakota State.

Christian Watson’s first year in the league is the same season as Super Bowl 57.

Both Packers stars Aaron Rodgers and Christian Watson have birth numerology of 116:

Watson has Primary birth numerology of 135, syncing up with both Aaron Rodgers and IBM Computer:

Thomas J. Watson was born during a New Moon from Lunation -604:

IBM Watson completed its first victory in the second episode it appeared in, which aired on February 15th, or 2/15.

137 is the 33rd Prime number. 33 is the age that many people believe Jesus was when he died.

Super Bowl LVII will be the first ever Super Bowl to be played on the 43rd day of the year. Jesus Christ shares 43 gematria with Thomas J. Watson and the Miami Dolphins, who the Packers played on Christmas Day, which is celebrated as Jesus’ birthday.

With the win over the Dolphins, Rodgers improved his career record to 146–74.

Thomas J. Watson was born in the year ’74