The Vikings, who lost this game, play on the 93rd meridian. Christ is said to have been crucified on the 93rd day of the year between 9 a.m. and 3 p.m.

On the broadcast, Jim Nantz made it a point to mention when Rodgers had 93 yards passing. On the very next snap, he completed his first pass to Christian Watson.

As pointed out in my post on the death of Pele, today’s Packers-Vikings game was set up to be a massive tribute to Jesus Christ. Entering the game:

September 11th, or 9/11, was the date of the first Packers-Vikings game in Week 1. 9/11 is believed by many people to be Jesus’ real birthday. Recall this post on the death of Vince Lombardi, which was connected to this same number.

With a win over the Vikings, the Packers moved ahead of Washington in the playoff picture. Vince Lombardi coached at Washington for one season after leaving the Packers. It was Aaron Rodgers’ 147th career victory.

Rodgers threw for 159 yards in the game.

To end the Packers’ first drive, their punt was blocked by Josh Metellus, whose first name Joshua is the anglicized word for Jesus, or Ye’shua in Hebrew. This led to the Vikings’ only three points of the first half.

The Packers gave up a field goal, but responded with a kickoff return for a touchdown by Keisean Nixon, whose eye black resembles the cross:

Nixon happens to be the nephew of rapper Snoop Dogg, whose cousin Sasha Banks used to be a big star in the WWE. “Nixon” was also the name of the president in 1972, the year of the “Immaculate Reception” by Franco Harris.

The Packers’ second touchdown came via another return, with Darnell Savage taking a deflected fourth down pass all the way back to the house.

Later on, the Packers got a strip-sack on Kirk Cousins for their third turnover. The lineman who got to Cousins and also recovered the fumble was Kenny Clark.

This was the Packers’ first game with an Interception return and a Kickoff return in the same game since 1967, which was Vince Lombardi’s last season as head coach.

During Green Bay’s next drive, Jim Nantz mentioned that Aaron Rodgers had 93 yards. Immediately, on the next play, Rodgers completed his first pass to Christian Watson.

The date of this game was 1/1/23, which has identical digits to the Trigonal value of National anthem.

The national anthem was written by Francis Scott Key. Recall this post I made last month showing how he is connected to the remodeling of Disney’s Splash Mountain.

The third Packers’ touchdown was on a reception by Tight End Robert Tonyan.

Vince Lombardi died on the 246th day of the year, so this New Year’s Day game was a span of 246 days before that date:

Lombardi died 2 months, 23 days after his birthday
223 is the 48th Prime number
The Packers’ streak started at 4-8

Remember when Colin Kaepernick first kneeled for the National anthem? It was in a preseason game against the Packers back in 2016. 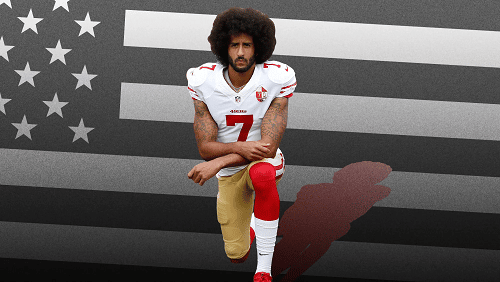 Kaepernick was born on the date leaving 58 days in the year:

The final touchdown scored by the Packers was Rodgers’ first rushing touchdown in 57 weeks. This game was also 570 days after the “Crown” Eclipse north of Green Bay and Minnesota. After he walked in, the clock stopped at 9:25: 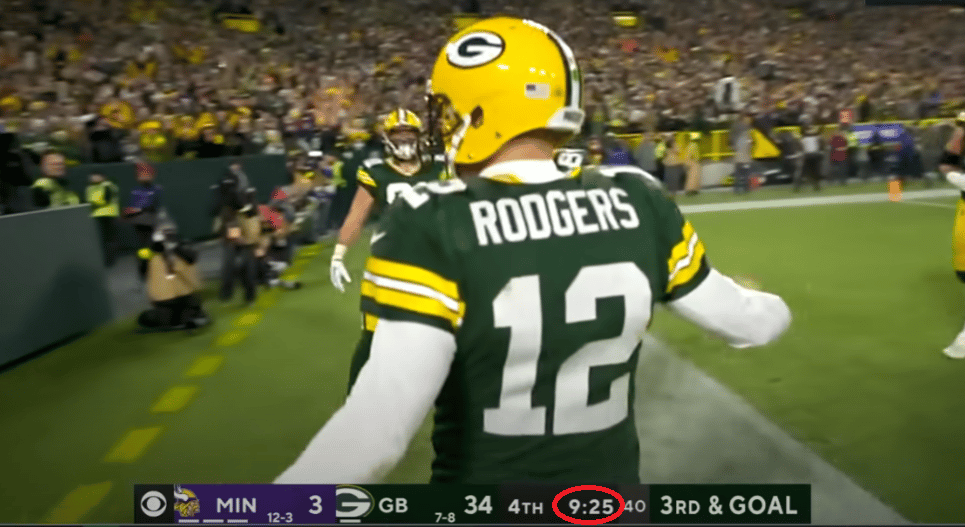 The Vikings’ star wide receiver, Justin Jamal Jefferson, has typically run all over Green Bay during his career. But today, he only had one catch and virtually no impact on the game.

Recall how the death of Vince Lombardi was connected to the number 127.

Jefferson was shut down by Packers’ cornerback Jaire Alexander.

Jefferson had just 15 yards on 1 reception from 5 targets