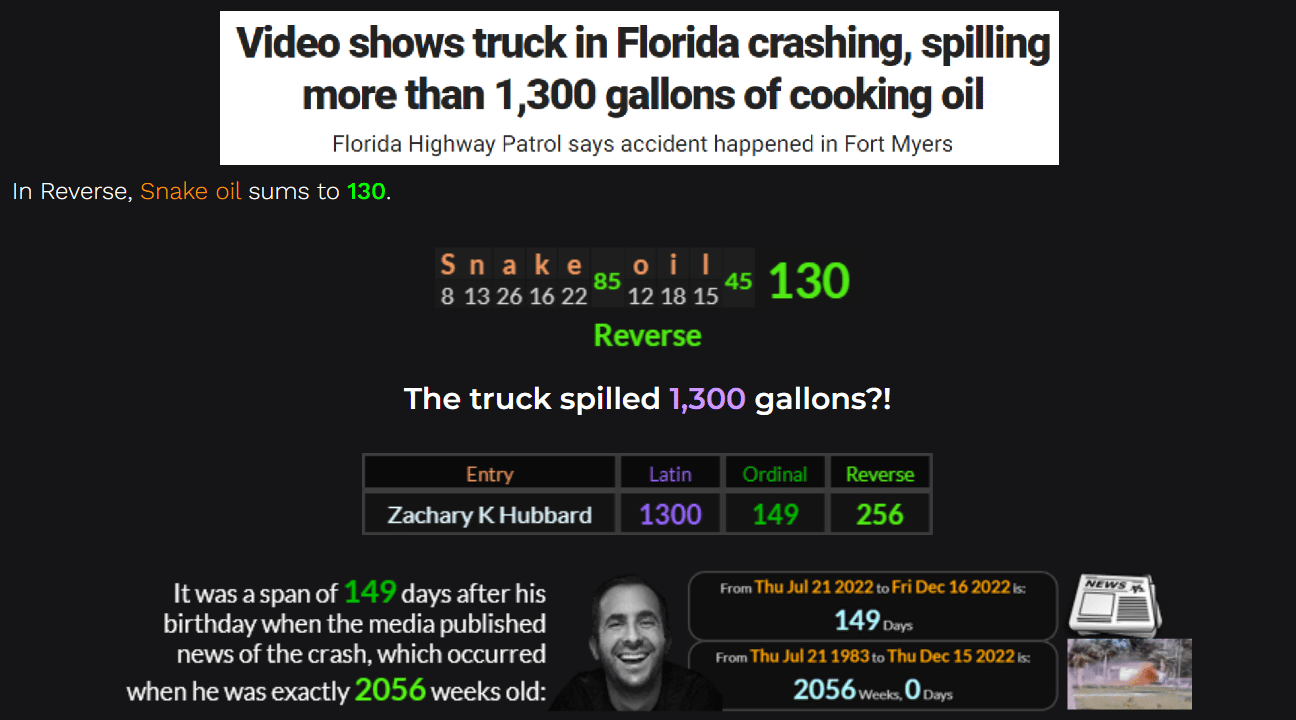 I was on Discord earlier this morning. A popular topic of the day, as it often seems to be, was fellow gematria decoder Zachary K. Hubbard.

Most of us, especially those who have been aware of this language for a while, learned about the relevance of gematria from Zach. Unfortunately, he’s amassed many detractors over the years, enough so that other YouTube channels have begun compiling clips that show some of he reasons why.

Although Zach and I met in person for the first time in September and things were cordial, the webcam warrior is back at it again, saying I’m “bad for gematria” among plenty of other things. It’s too bad, really – my work has clearly benefited his outreach, while his work helps give more exposure to my calculator. It’s hard to imagine why someone with (allegedly) similar goals would continue to try tarnishing my work and reputation at any chance he gets.

Normally, I would try to smooth things over with the person I’m having issues with directly, but I’ve tried that in the past with this individual, and he simply lied in return.

Here, for instance, he complains of some of the changes I made to the calculator – the rational move would be to contact me directly and suggest I make a change. In fact, he DID do that; a few weeks ago, I changed the default “Number Calculation” option at his request. Despite that, he went on air and complained about this and other things to his viewers because I guess it was another chance to shit on someone. “Number Calculation” has been returned to “Smart” by default, by the way.

Imagine helping to boost someone’s work with a visually-friendly website and promote their book on said website for three years, only to have that person start calling you names and attack your work, character and sexuality, all because I “was a bitch” or “said I was better.” Please, someone scan my 1,000+ videos on YouTube and find something I said anything close to what he suggests that would warrant that type of childish nonsense.

A huge crux of the debate in the “community” tends to center around sports, which Zach claims to give winning picks for in his Patreon, using gematria to show his methods. To be very clear, yes, sports are rigged. Yes, you can sometimes successfully pick out a winner using numerology, and I have no question that you CAN stay ahead using gematria, IF you are open-minded, willing to learn, and diligent.

However, looking at the numerology of games is not enough. When I do actually place a bet on a game, it’s because there is a significant synchronicity or connection to something else in the news. Find the sync first, THEN place a bet. If you dig for syncs that are questionable, you better have a good secondary reason for wagering.

GAMBLE RESPONSIBLY! SPORTS ARE RIGGED AND GAMBLING WAS NOT LEGALIZED FOR YOUR BENEFIT

Consider how Zach blew up in 2016, showing people how sports were rigged, which encouraged a lot of people to bet on sports. A few years later, sports gambling became legalized. Is THAT just a coincidence? See my post from February which shows how this year’s Super Bowl was synced up to Zach Hubbard. The game’s MVP was from Yakima, Washington, where Zach lived at the time. Was I giving him too much benefit of the doubt…?

Someone in the chat called Zach a snake oil salesman for overselling his accuracy in sports recently and that stuck with me. While people were discussing the topic today, I thought to run the gematria on the phrase and see if anything stuck out. As usual, gematria does not disappoint.

But things got very weird after that. Recall how I had an insane synchronicity with Zach shortly after we met regarding car accidents. I refreshed FOX News just a few minutes later and found this story about an oil spill on a Florida road. Although the crash was yesterday, it was published today:

This accident in Florida is extremely coded with the same “snake oil” numbers I found connections with. Just check this out…

First of all, it happened in Florida. This is the same state from which we got a news story about Florida police shooting an unarmed teacher of autistic children on Zach’s 33rd birthday. Zach says he used to teach autistic children.

Zach’s birthday has a Life Lesson number of 49: 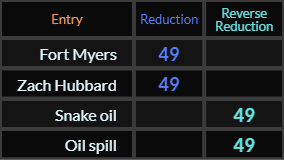 His last birthday had the same numerology as today’s date:

21/7 is written in the United States as 7/21. Details of this incident came from the Florida Highway Patrol.