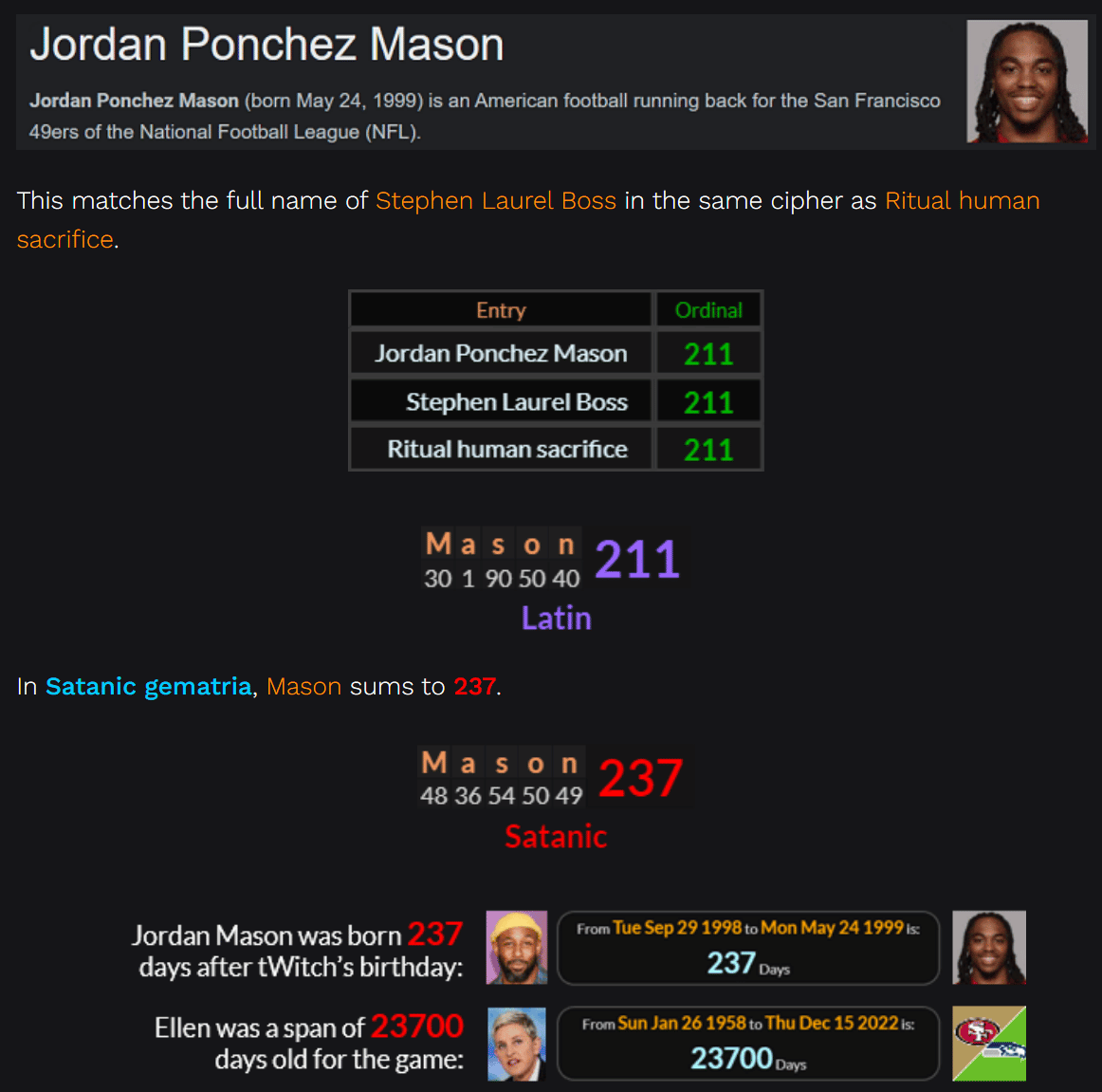 Tonight’s Seahawks/49ers game ended with the result I favored in my last post. Although there was indeed a riddle for the Seahawks to win, what really pushed things in favor of the 49ers was the “Freemasonry” riddle I explained within the above link.

The 49ers had the ball with a little over a minute left and a chance to seal the game: 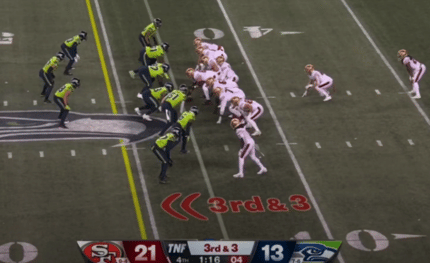 The ball was handed off to Jordan Mason, who split the line nearly untouched and took it all the way to the one yard-line before being knocked out of bounds:

Despite his teammates trying to help him up, Mason laid still for several seconds, almost as if he were dead:

This matches the full name of Stephen Laurel Boss in the same cipher as Ritual human sacrifice.

In Satanic gematria, Mason sums to 237.

Seattle is home to the 206 Area Code