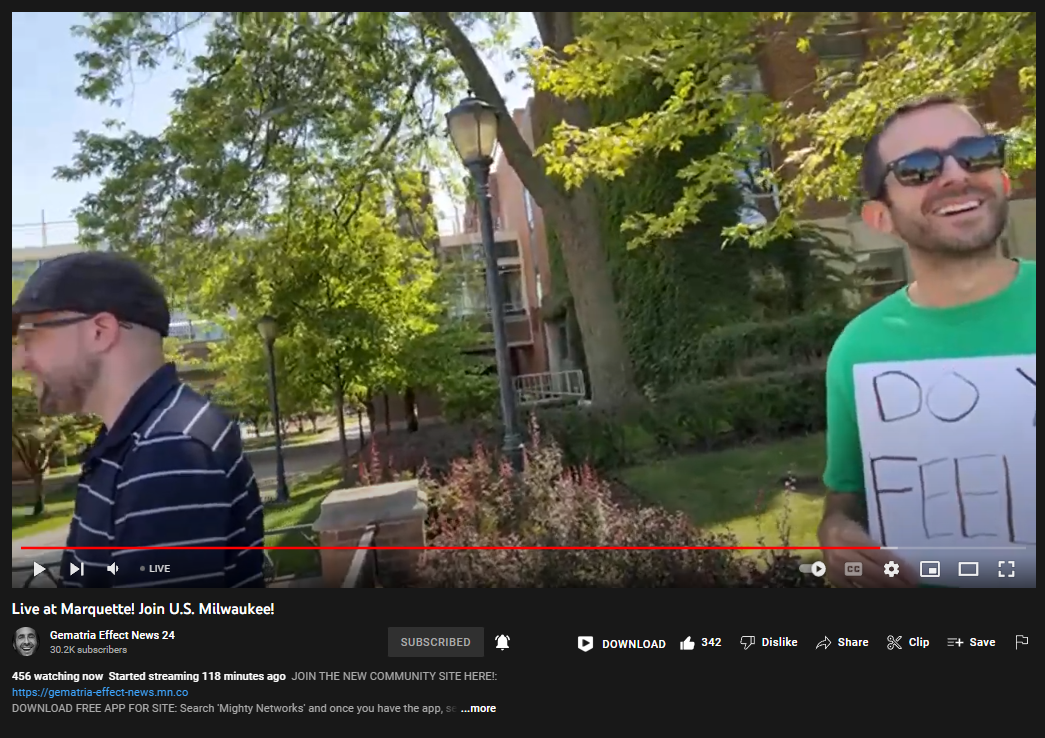 Nearly six years after launching the website that has assisted Zachary K. Hubbard in his goal of reaching as many people as possible about the language of gematria, I met him live and in person for the first time today as he stood out at nearby Marquette University (I show up at 21:45): 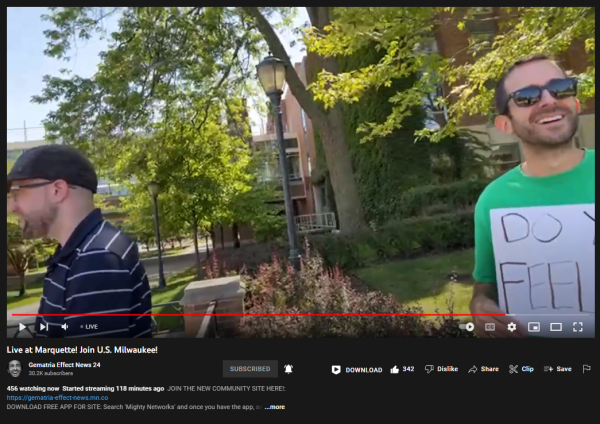 The two men whose combined powers have brought gematria to more people than anyone finally met – did you think it wouldn’t be by the numbers?

While Zach focuses on exposing organizations like the Jesuit Order that use gematria to guide the general public into blind obedience, I make it a point to also focus on organic synchronicity, which is the motivating force behind numeric rituals. His visit to the campus today is a perfect example of this.

Zach arrived at Marquette University today, September 7th. This is the same date in history that the founder of Marquette, John Henni, passed away:

Zach met the Gematrinator at Marquette exactly 141 years after the death of John Henni:

Today is 95 days after my birthday:

The University was founded in Milwaukee, Wisconsin in the year ’81, just ten days before John Henni died.

This is the number that sits between Henni’s full name gematria.

Milwaukee sums to 37 on its own.

The school was named after Jacques Marquette, who was born in the year ’37 and died at the age of 37. His birthday was June 1st, written 6/1.

Jacque Marquette died on a date with Primary numerology of 114, matching Marquette University: