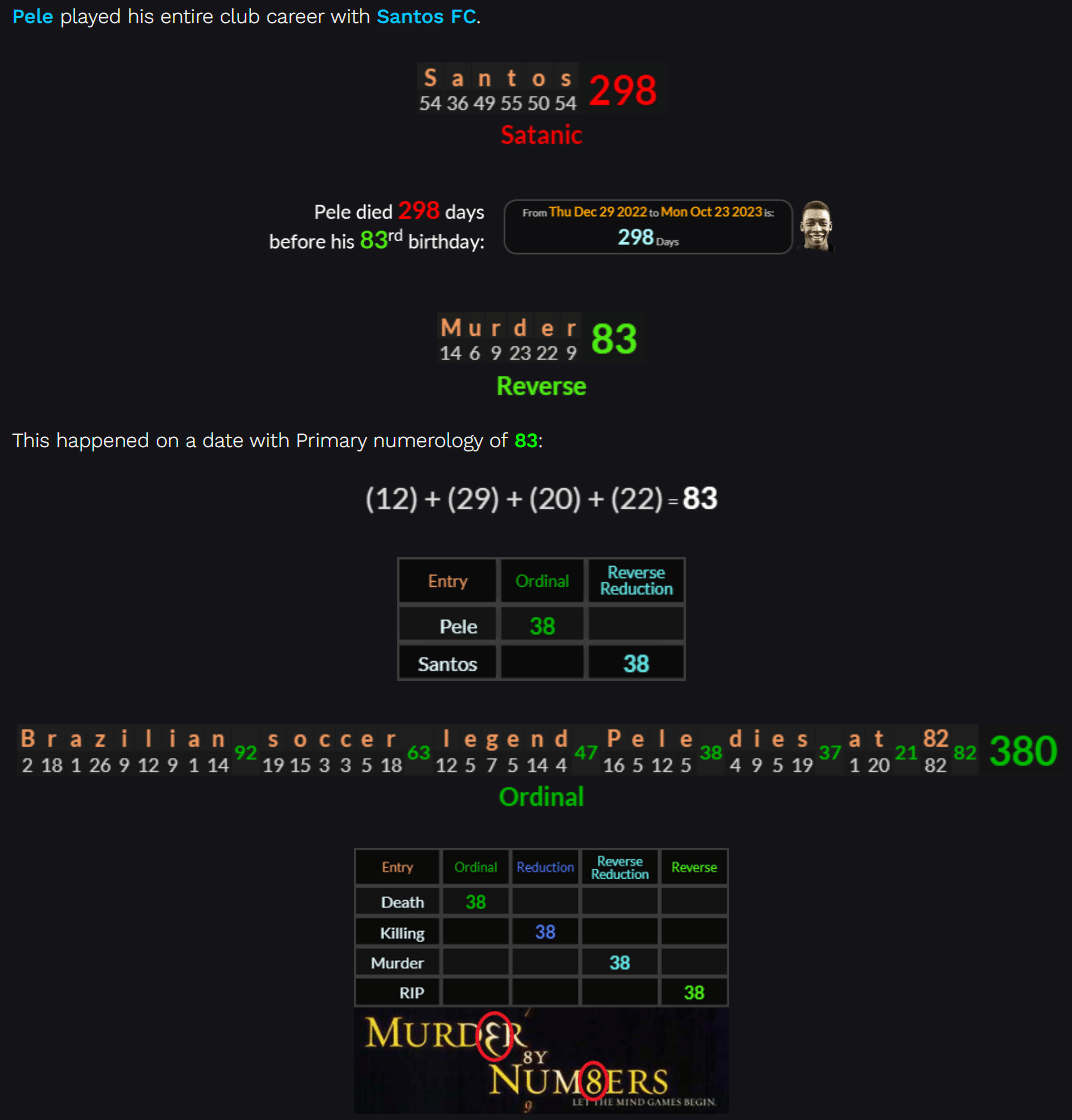 This happened on a date with Primary numerology of 83: 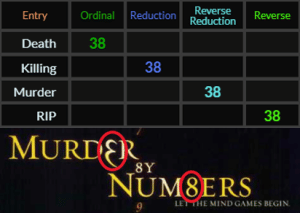 In Satanic gematria, the numbers 611 and 911 are connected to sacrifice. See my last post about how these were coded into the death of Vince Lombardi.

These digits are found in the gematria of Santos FC.

Last week, American Football Hall of Famer Franco Harris suddenly passed away just four days before his jersey was retired by the Pittsburgh Steelers. This cemented what we had already known – that this year’s Super Bowl will be a “rebirthing” ritual. Pele’s last name Nascimentes reminds us of nascent, or natal. Immaculate Conception of Mary sums to 119.

The Super Bowl will be played in February 12th, or 2/12. Aaron Rodgers was born on the 2nd of December, or 2/12. This is the Ordinal value of Immaculate Conception and Santos Futebol Clube. The Packers have not lost since the death of Christine Anne Perfect.

This ties us back around to Prince, one of the greatest musicians to ever live, whose name also reminds us of royalty. Prince died in 2016 at his home near Minneapolis in the 612 dialing code.

This is the Latin value of Brazil.

Pele died on a date with Reduced numerology of 20:

It happened under the sign of Capricorn, which is symbolized by the Goat. This is the abbreviation for Greatest Of All Time.

Prince had Primary birth numerology of 90 and died on Queen Elizabeth’s 90th birthday:

Brazil has matching gematria with both Minnesota Vikings and Aaron Rodgers.

This weekend, the 12-3 Vikings play the Packers in one of the largest Jesus riddles I’ve ever seen. The game will be played on January 1st, or 1/1.

Many people believe Jesus’ real birthday is September 11th, or 9/11. September 11th was the date of the first Packers-Vikings game this season.

Rodgers, who wears #12, played in college for the Golden Bears of California.

His death had Standard numerology of 63:

The Packers‘ home of Green Bay is situated in the 920 dialing code. Pele and Charles III both have birth numerology of 92 and 73:

I found Pele’s full name gematria to be intriguing. I’ve been suggesting that the Packers could beat the Bills’ “Josh Allen” = 96, who was born in ’96, dropping the Bills to 9-6 against Green Bay all-time. The Queen was 96 when she died.

This would give the Pack a 13-8 record on the season.