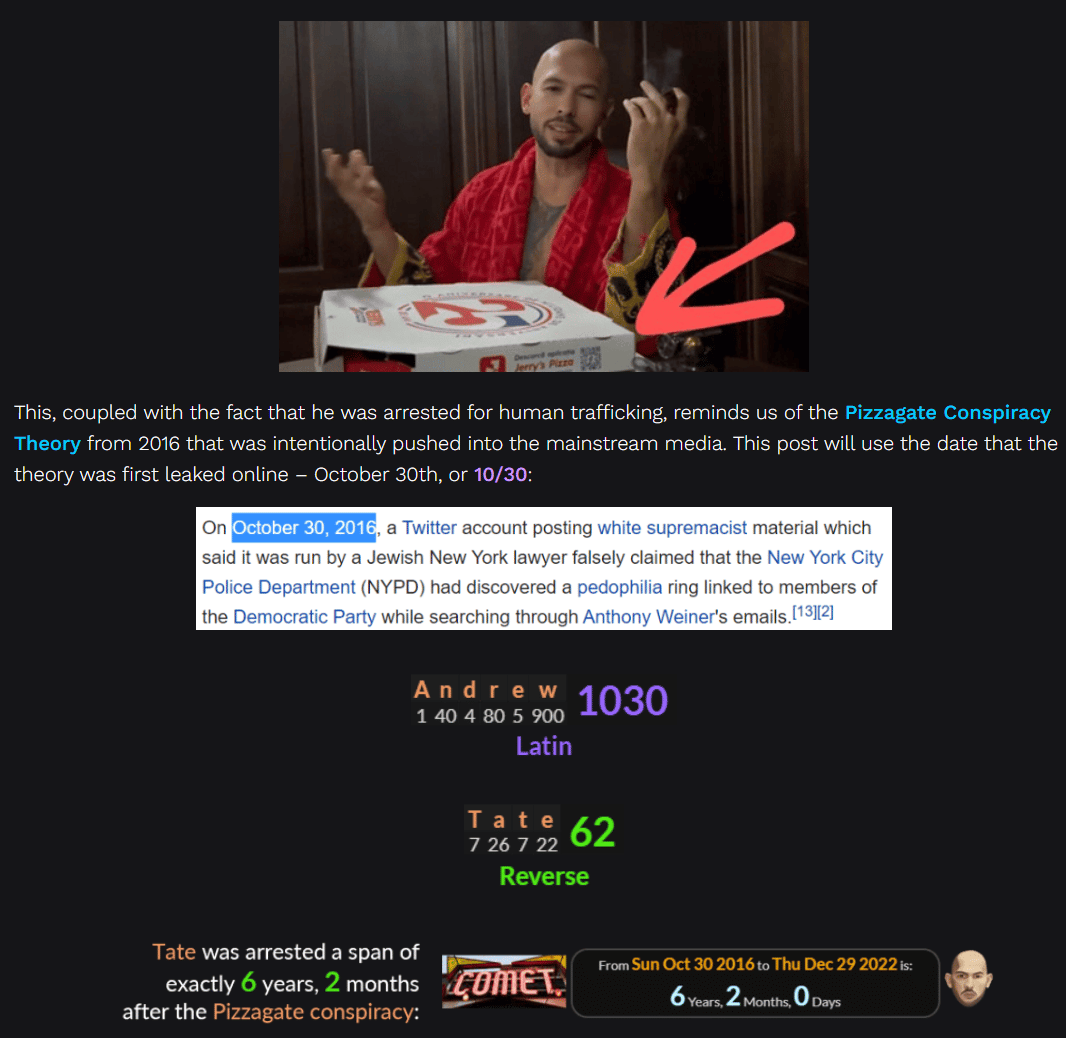 This story stems from a Twitter exchange between Emory Andrew Tate and Greta Thunberg, the famous Climate change activist from Sweden.

Tate was arrested in Romania. Last year, Romania was urged to act on human trafficking by GRETA, which stands for Group of Experts on Action against Trafficking in Human Beings (not the most accurate acronym):

His arrest occurred on a date with Primary numerology of 83:

Mercury has the same base gematria as Nineteen. 19 squared is 361 – yesterday was 361 days after Greta Thunberg’s 19th birthday, and Andrew Tate will be 361 months old on New Year’s Day.

Andrew Tate markets himself as the Top G. 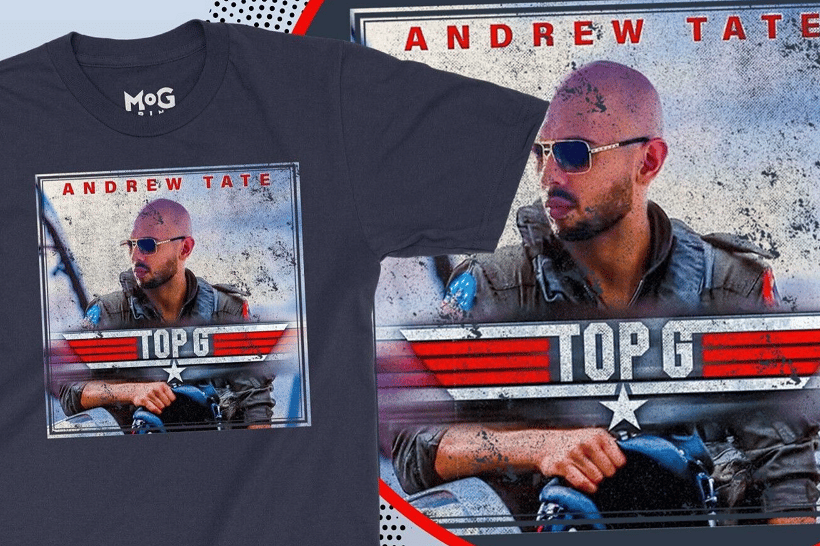 G is the first letter of Goat, the symbol for the current astrological sign of Capricorn.

According to the story, Tate’s location was confirmed due to the presence of a Pizza box conveniently placed front-and-center during his response to Greta Thunberg. 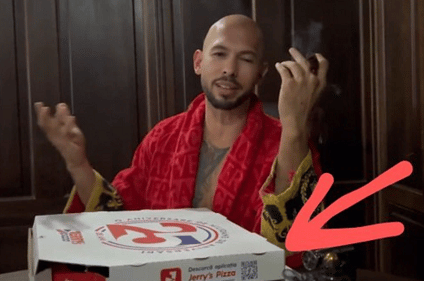 This, coupled with the fact that he was arrested for human trafficking, reminds us of the Pizzagate Conspiracy Theory from 2016 that was intentionally pushed into the mainstream media. This post will use the date that the theory was first leaked online – October 30th, or 10/30:

Pizzagate began on the date leaving 62 days in the year:

It appears as if Andrew’s father Emory Tate, an International Chess Master, was a Sacrifice for his future fame. More on this below. Emory died on a date with Primary numerology of 62:

The 33rd degree is said to be the highest of Masonry, whose symbol is a G – fitting for The Top G eating Pizza.

Pizzagate began a span of 303 days after Greta’s birthday and 33 days before Andrew Tate’s:

Andrew stated he had 33 cars in his response to Greta.

Thirty-three has gematria connecting to 666.

Thirty-three and Six six six both share the same gematria, as does Andrew Tate and Cobra.

Pizzagate was an allegation against Comet Pizza and Ping Pong.

His father suffered a heart attack during a chess tournament in Milpitas, California.

187 is the homicide code

Pizzagate broke on a date with Standard numerology of 56:

Tate’s father died at the age of 56

There’s a lot more overlapping numbers in the gematria of the city and characters involved.