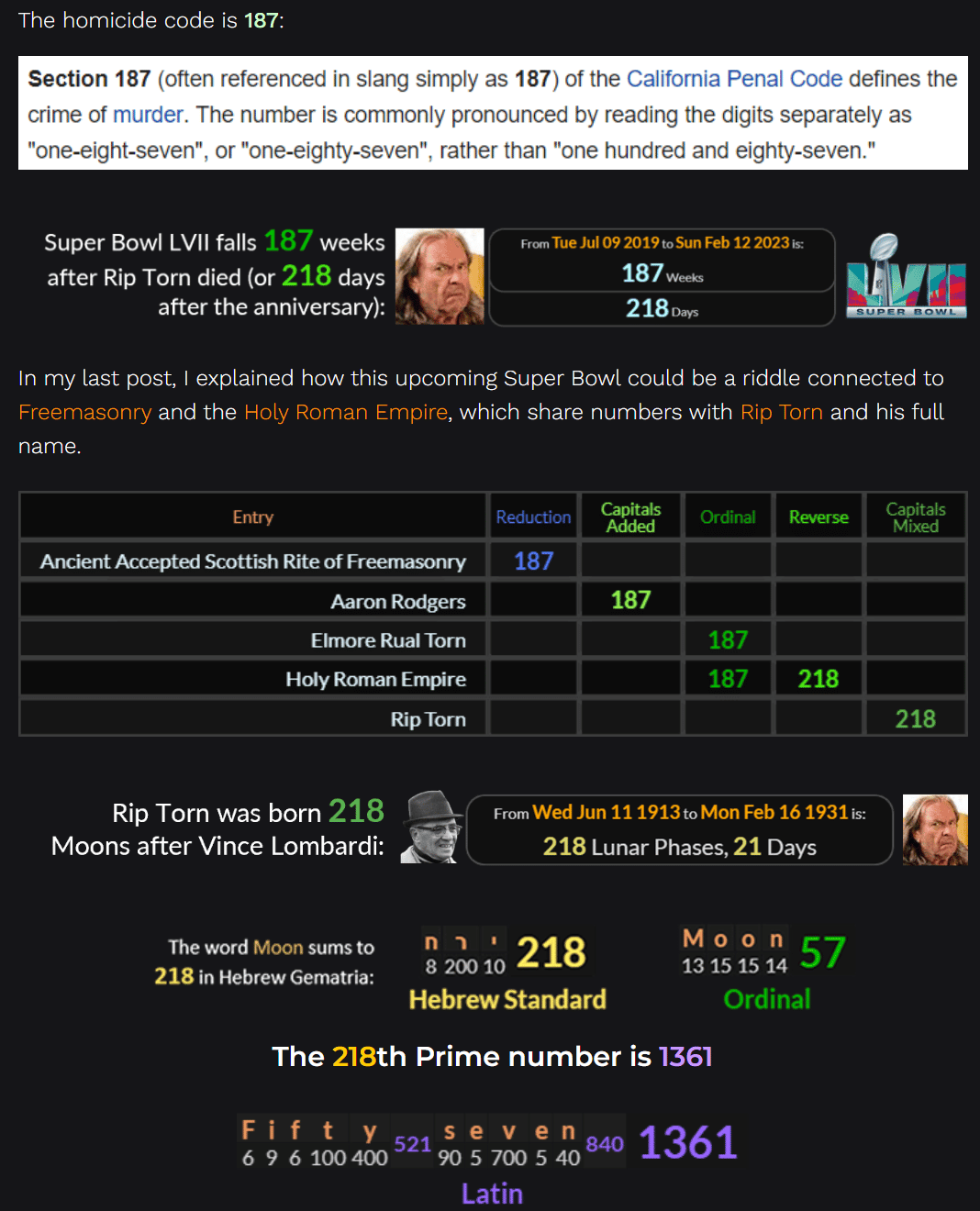 See this post to learn how the 2004 film Dodgeball: A True Underdog Story was connected to the Green Bay Packers and future coach Matt LaFleur. The coach who dies in that film, Patches O’Houlihan, is coded with similar numbers of Vince Lombardi.

The main character of Dodgeball is Peter LaFleur. The current Packers’ head coach is Matt LaFleur.

The Green Bay Packers play their home games in the 920 dialing code:

Matt LaFleur was born during Lunation # 703:

Packers has matching 73 gematria with SB LVII and Crown.

Looking instead at the alphabetic order, Patches O’Houlihan sums to 175.

Modern Freemasonry was founded on June 24th, the 175th day of the year. Rip Torn died on the date leaving 175 days in the year:

In my last post, I explained how this upcoming Super Bowl could be a riddle connected to Freemasonry and the Holy Roman Empire, which share numbers with Rip Torn and his full name.

Vince, Prince, and an “Archie” Eclipse
When Will These Super Bowl Posts End?