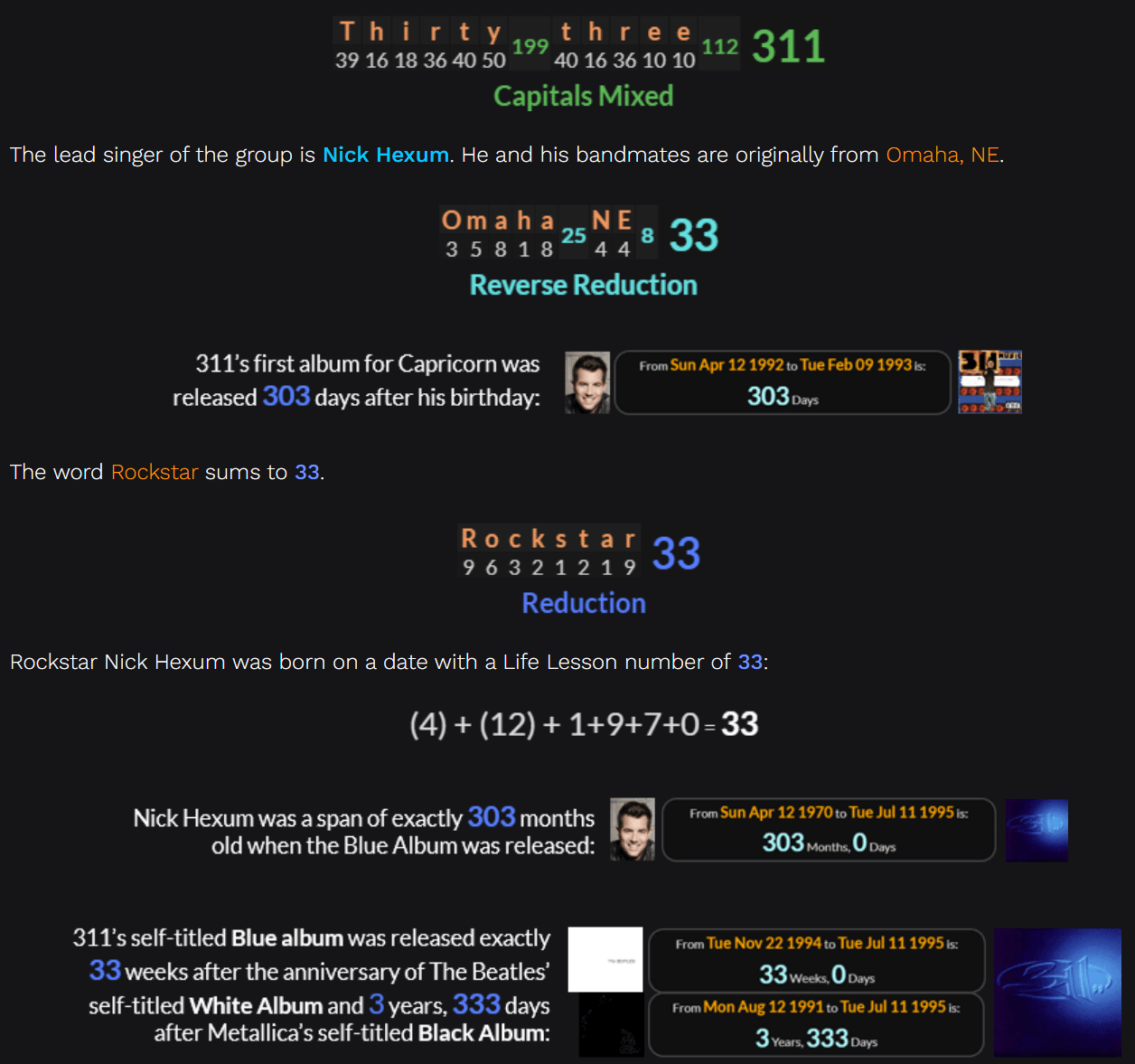 In the mid- to late-90’s, one of the hottest alt rock bands was called 311 (Three Eleven). Long before Linkin Park mastered the art of radio-friendly rap-rock, 311 fused elements of funk, reggae, and hip-hop to deliver a truly unique sound that signaled a new era of alternative music, which was still trying to solidify its identity following the passing of Nirvana front man Kurt Cobain. 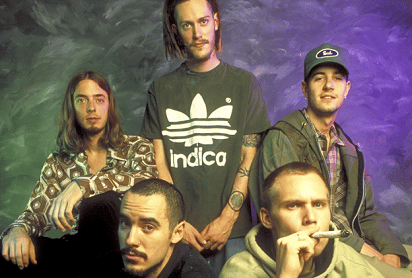 311 is a pretty curious number to choose. Some people have theorized that 3-11 is a gematria riddle – since K is the 11th letter, some people thought they were paying homage to the K.K.K. This seems pretty foolish, and there’s no evidence anywhere that this holds any truth. However, there is indeed a numerical riddle to be unpacked with this band.

311 was formed in 1988, spending their first few years playing gigs and recording EP’s. Their work eventually caught the attention of Capricorn records, the label they began releasing albums under in 1993. Their first two full-length releases, Music and Grassroots, didn’t garner much fanfare upon release. However, in 1995, they finally struck it big with a self-titled record called 311, also known as the Blue Album, which sold over three million copies.

The lead singer of the group is Nick Hexum, born in Wisconsin, the 30th state. The 30th Prime number is 113, which is the inverse of 311. The album 311, which launched them into the Mainstream, came out on a date with 113 numerology:

The numbers 3 and 11 are the factors of 33. With capital letters, the number Thirty-three sums to 311.

The live version of the album 311 was released on the 3rd of November, or 3/11. It was recorded at a concert the previous year on a date with numerology of 33:

Nick Hexum moved to Omaha, NE as a child, where he would meet his future bandmates.

The word Rockstar sums to 33.

Rockstar Nick Hexum was born on a date with a Life Lesson number of 33:

This is a number associated with the Crucifixion of Lord and Savior Jesus Christ, who many believe died at the age of 33 in the year 33 A.D.

The number Thirty-three has Latin gematria of 895, matching the Trigonal value of lead singer Nick Hexum.

Hexum’s full name sums to 99 and 90, very similar to the 66 and 60 Reduction values of Thirty-three.