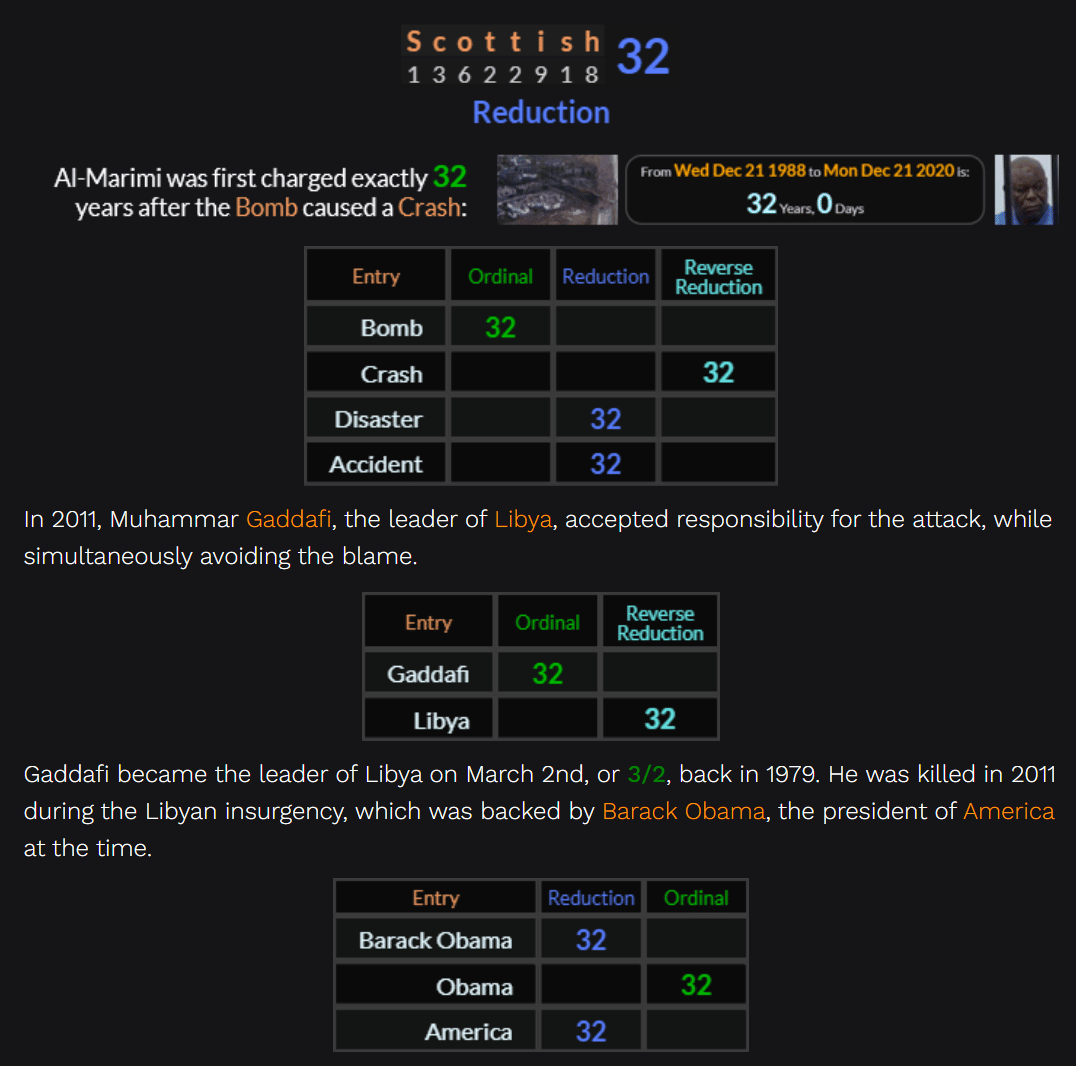 The Lockerbie bombing brought Scotland into the international spotlight in the final couple of weeks in ’88.

Notice how Lockerbie has matching gematria with Plane bomb, and Scotland syncs up with Plane crash.

The word Scottish sums to 32. 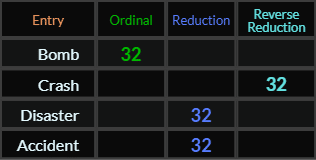 Previously, the only man convicted of the bombing was Abdelbaset al-Megrahi.

In 2011, Muhammar Gaddafi, the leader of Libya, accepted responsibility for the attack, at least enough so to pay the victims’ families.

Gaddafi became the leader of Libya on March 2nd, or 3/2, back in 1979. He was killed in 2011 during the Libyan insurgency, which was backed by Barack Obama, the president of America at the time.

In Ordinal, Muammar Gaddafi sums to 112, which is virtually identical to the Latin gematria of the man that was arrested today.

The Jesuit Order operates in exactly 112 countries, as it claims to have done for at least the last 15 years. Its symbol contains the letters IHS, which stands for Iesus Hominum Salvator (Jesus, Savior of Man). This phrase matches Muammar Gaddafi across multiple methods, which includes 112.

Note the 274 value in Ordinal.

The worst terror attacks in U.S. history, which involved four airplanes, occurred on the 11th of September, written 11/9 or 9/11. Pan American World Airways began operations on October 19th, or 10/19.

The company’s original name did not yet include “World” in the name. It had the same digits in Ordinal, and its 191 gematria matches Society of Jesus.

Ad Majorem Dei Gloriam is the motto of the Society of Jesus. This translates to For the Greater Glory of God.

The Society of Jesus was founded on September 27th, which is typically the 270th day of the year:

It was reported that a total of 270 people were killed in the crash of Pan Am 103.

Pan Am went out of business a few years after the crash on a date with Reduced numerology of 27:

The Jesuit Order was founded in 1540

How interesting that Pan Am was founded on the 73rd day of the year, and began operations on the date leaving 73 days on the calendar?

The 9/11 attacks were a Mercurial ritual. They occurred under Virgo, which is ruled by Mercury, on the date many believe to be the actual birthday of Jesus Christ. Mercury is the god of transportation, merchants, and communication, and merchants. Airplanes, typically used to transport people, were crashed into the World Trade Center, which had the city’s largest telecommunications tower on top.