A considerable reason this game was such a big upset is because Argentina is the team Lionel Messi plays for. Even in his mid-30’s, Messi is still believed to be the #1 individual footballer in the world.

Argentina is looking for its third World Cup victory. In November of 2020, the man who led them to their second championship, Diego Maradona, unexpectedly passed away from heart failure. Maradona wore #10 for Argentina, just like Messi.

Diego Hargreeves dies just three days after they fail to stop the JFK assassination. Today’s game fell on the anniversary of the JFK Assassination – November 22nd, or 11/22.

Diego Maradona died in connection to the 2020 Total eclipse.

The Moon’s Metonic cycle is 19 years long. That Total solar eclipse fell on the exact same date the FDA approved the first vaccines for COVID Nineteen.

67, a number of Human and Blood sacrifice, is also the Reduction value of Mohammed bin Salman, the current Crown Prince of Saudi Arabia. at the heart of the Arabian peninsula.

Diego Maradona led Argentina to victory in the ’86 World Cup. Learn how the numbers in his death suggest he may have been a sacrifice connected to Lionel Messi.

Saudi Arabia‘s flag is Green. The winning players all received a Rolls-Royce Phantom: 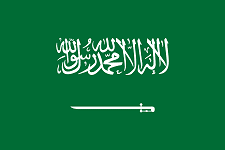 Recall how on the date the World Cup began, we learned that the Green Ranger, Jason David Frank, had passed away. He was born on a date with Standard numerology of 86:

Argentina has matching 283 gematria with The Moon.

Today is a span of exactly 283 weeks after Mohammed bin Salman became Saudi Arabia’s Crown prince, and a span of 283 days before his birthday:

Messi is a Cancer, the only sign ruled by the Moon.

Maradona’s nickname was “The Golden Boy.”

The Golden Boy has matching 132 Ordinal gematria with Lionel Messi.

Maradona died on the date leaving 36 days in the year:

Today has a Life Lesson number of 39, and is also the date leaving 39 days in the year:

This game was played on the 22nd day of the month in the year ’22. It’s the 22nd World Cup tournament in its history. In a proper game of football, there are 22 players in the field. The name chosen by the sport’s international governing body, FIFA, sums to 22 in Ordinal – perhaps explaining why this one is the first to be hosted by an Arab nation.

Maradona died on 2020 in connection with the Total solar eclipse over Argentina.

The Sun is “golden”. Argentina has a golden sun in the center of its flag, a la the Jesuit Order. The current Pope, Francis, is the first to be a Jesuit.

Diego’s nickname, The Golden Boy, has matching gematria with the Latin values of Eclipse and Eclipse of the Sun.