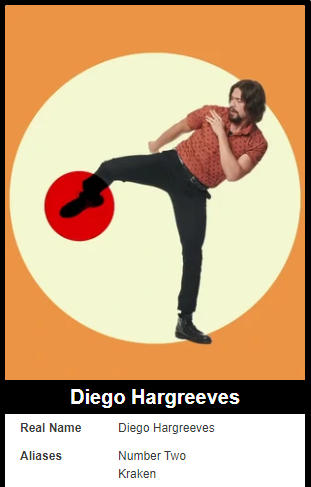 My last post explains how Argentine footballer Diego Maradona was an eclipse sacrifice. As it turns out, it looks like we were numerically clued in to his death shortly before he passed by the Netflix series The Umbrella Academy.

On that show, there is a character named Diego Hargreeves: 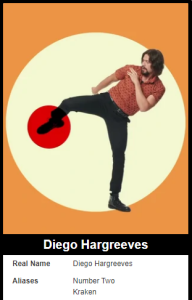 In the series’ alternate timeline, Diego Hargreeves dies on November 25th, the same date that Diego Maradona passed away:

Hargreeves’ death occurs shortly after the show’s protagonists fail to stop the assassination of JFK. November 25th is the birthday of JFK Jr.

This episode premiered on July 31st, or 31/7. Consider how the word Umbrella has the same root as the word Umbra, which is what we call the Moon’s shadow.

The episode in which the assassination occurs is titled 743. Maradona died at the age of exactly 743 lunar phases:

The show’s premise is that Reginald Hargreeves adopted 7 of the 43 children who were born on the same day to mothers with no signs of pregnancy.

Hargreeves’ death in Dallas, Texas occurs on a date with Primary numerology of 118:

Hargreeves was exactly 29.5 years old on that date. The Moon has an orbital period of 29.5 days.

This means the character was born in the year ’89 and he dies on a date with Primary numerology of 44:

This is the value of blood sacrifice and total solar eclipse in the same method.

Both Hargreeves and David Castaneda sum to 108 in the alphabetic order.

Diego Maradona was born on a date with Primary numerology of 119:

This is the same Primary numerology as the birthday of Diego Hargreeves:

Hargreeves, along with the other main characters in The Umbrella Academy, were born on October 1st, written 10/1. 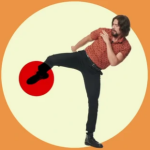 Hargreeves’ picture shows him kicking – something a footballer like Maradona was quite familiar with. Additionally, he’s standing in one circle and kicking another in what appears to be obvious eclipse symbolism.

Alco check out his aliases – one of them is Kraken? Consider how the alternative media landscape the past few weeks has consisted of Sidney Powell releasing the Kraken in the election fraud cases around the country.

Maradona, whose nickname was The Golden Kid, was born in ’60 and died at the age of 60.