This year’s Super Bowl should have a significant 666 riddle.

The game will be played at Raymond James Stadium in Tampa Bay, Florida.

As I have been documenting, 666 has been the primary number of the Covid-19 plandemic, as it was in Kobe Bryant’s death. 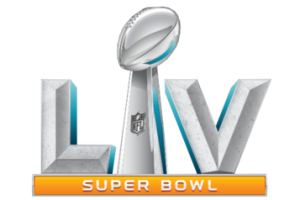 The halftime show will feature The Weeknd.

His real name sums to 101. This Super Bowl completes the 101st NFL season.

The artist’s full name has matching Ordinal gematria with Book of Revelation.

Abel Tesfaye, a Canadian whose parents are from Ethiopia, was born on the 47th day of the year:

The name Abel even matches Beast.

The movie Black Sunday portrays a terrorist attack at the Super Bowl.

See how 666 is related to the eclipse code.

The movie The Dark Knight Rises portrays a catastrophe at a football game:

That film was released on the 202nd day of the year.

The ball is carried by Hines Ward as the stadium gets destroyed around him.

Also notice how the film was released in the UK four days earlier than the rest of the world, meaning its first release was a span of 207 days before 2/07:

That eclipse falls on April 8th, written 4/8. If we convert to months, we find that 38 months separate the two events:

The Super Bowl falls on the 38th day of the year:

I’m not trying to frame this as a prediction that something bad will happen at the Super Bowl. I’d be surprised if a sizeable crowd is even allowed to be at the game. But whatever riddle that pans out by the time the game ends should be linked to what I’ve shared in this post.