Immediately after the conclusion of the Minnesota Vikings’ 33-30 upset victory over the Buffalo Bills at Highmark Stadium this afternoon, everyone jumped up and immediately called this the “game of the year”. It’s easy to see why – just look at the win expectancy graph. 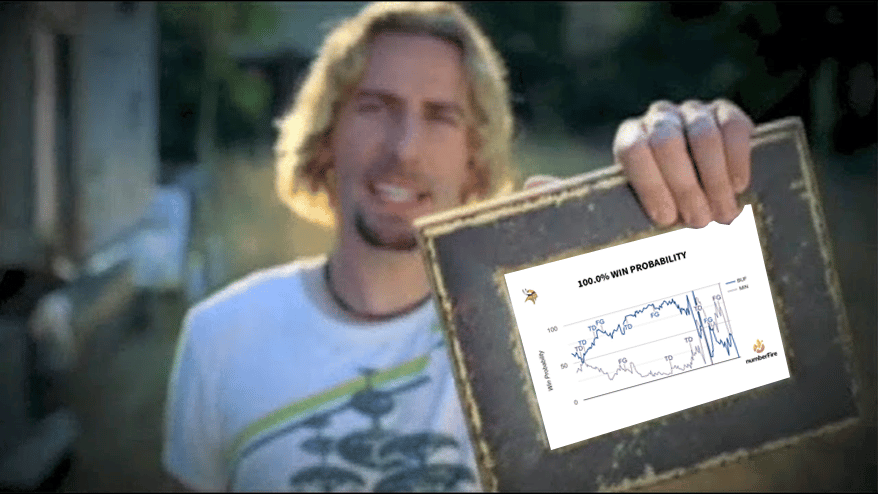 Today’s Game of the year took place in Buffalo, New York, on a date with Primary numerology of 66, which was also the 317th day of 2022:

66 is the first multiple of 33. The Vikings scored their 33rd and final points with a 33-yard field goal after going into Overtime tied at 30-30.

The team that calls Minneapolis their home won after first trailing by a score of 10-27.

33 is the age that most Christians would tell you Jesus was crucified at in the year 33 A.D.

The date given by many historians for the crucifixion was April third:

The number 93 is vital to Minneapolis and its connection to the crucifixion code. The city sits on the 93rd meridian.

As the Vikings went into Overtime, their division rivals, The Green Bay Packers, started their FOX afternoon “Game of the Week” against the Dallas Cowboys. This game would also end up going to Overtime (only 5.5% of games do).

The Packers, currently led by Aaron Rodgers, have been NFL powerhouses since ’93, when Brett Favre first led them back to the playoffs.

The Christian riddle extends to Green Bay as well. #1 draft pick Christian Watson finally scored his first receiving touchdown in the NFL. Earlier this year, the Vikings beat the Packers in a game with a big riddle for Christian Watson.

Watson is the son of former NFL safety Tim Watson, whom the Packers drafted in ’93 out of “Howard” = 93.

Christian wears #9 and beat #3 on the play. He went on to finish with 3 touchdown receptions: 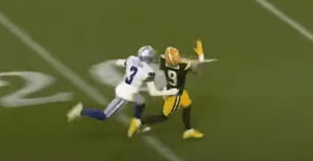 Packers Head coach Matt LaFleur was born on a date with Standard numerology of 93:

Matt LaFleur took over for head coach Mike McCarthy, who won a Super Bowl with the team in 2011 but was fired towards the end of the 2018 season. This game was the first time McCarthy went against Green Bay while coaching a different team.

This is also a span of exactly 149 weeks. McCarthy enters the game with 149 total regular season wins, meaning he was looking for his 150th career victory.

Had McCarthy gotten his way, the Green Bay Packers, who fired McCarthy in 2018, would have fallen to 20-18 against Dallas all-time.

On the 18th of September, or 18/9 in the year ’93, a football-themed movie called Rudy premiered at the Toronto International Film Festival. 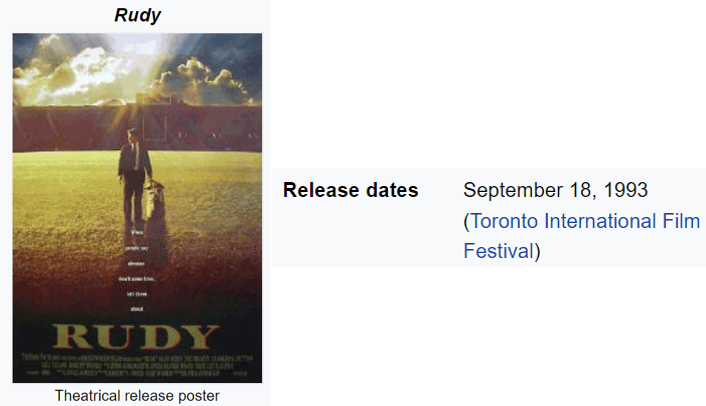 Rudy was a college football player at Notre Dame.

The Cowboys had trouble with an unlikely foe – Rudy Ford, a journeyman who despite having only one career interception, picked Dak Prescott off twice and made several other big plays.

Today was the 994th game in the history of the Buffalo Bills franchise. They were defeated by the Vikings, who entered the game with 994 total games played in their franchise history.

During Jesus’ crucifixion, darkness fell over the sky, akin to a Total solar eclipse.

Minnesota was the 32nd state admitted to the Union.

The Vikings clinched the game with an interception made by Patrick Peterson, whose middle name is essentially Demon:

It’s interesting that these two teams are playing each other this weekend. Wisconsin, where the game is being held this weekend, is home to the EAA, which is the largest air show in the world. Yesterday, disaster struck an air show in Dallas when two planes collided in mid-air, killing six: