In 2016, Prince, one of the most famous musicians of all-time, died on Queen Elizabeth’s birthday. The name Prince is obviously connected to the Royal Family. The Queen’s husband was Prince Philip, and following her death, Prince Charles became the new king.

Prince’s death happened at his complex just outside of Minneapolis, Minnesota, which is home to the NFL’s Vikings.

Prince’s full name was Prince Rogers Nelson. The very next touchdown to be scored in Minneapolis was the first ever at their new home stadium, U.S. Bank Stadium. It was a pass from Aaron Rodgers to Jordy Nelson:

Rodgers and Nelson were both members of the Green Bay Packers. Prince Philip was the Duke of Edinburgh.

Prince Philip was born on June 10th and died in the year 2021. On what would have been his 100th birthday that year, there was an Annular eclipse that began just north of Green Bay and Minnesota: 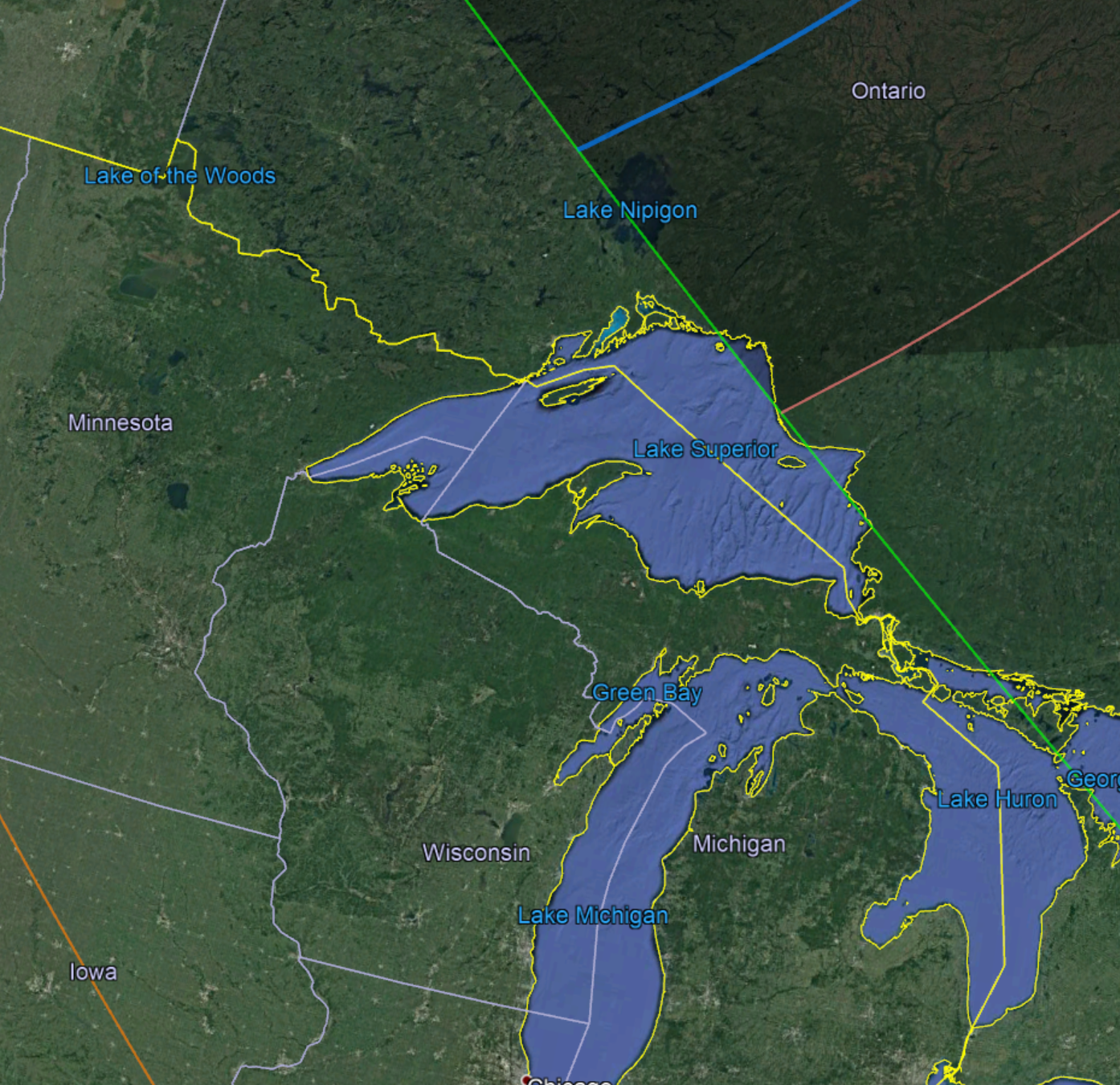 That same year, 2021, the Packers were knocked out of the playoffs by the Tampa Bay Buccaneers, who went on to win the Super Bowl.

The defensive back who got all the blame for the loss is named Kevin Charles King. In fact, Charles is Aaron Rodgers’ middle name as well. The coach of the Buccaneers at the time was even Bruce Charles Arians.

Fast forward to this year, 2022, and now the Queen has died on the same date that the new NFL season begins. Then, featured afternoon game on FOX with their lead crew was appropriately between the Packers and Vikings, and it’s on a date with 62 numerology:

A big story of the game was that Rodgers was going head-to-head with linebacker Za’Darius Smith, a former teammate, whose birthday falls on September 8th, the same date Queen Elizabeth II died.

The Vikings won by a score of 23-7, meaning there were a total of 30 total points:

This was the 123rd regular-season matchup between the two teams. It was the Vikings’ 57th win over Green Bay during in that series.

As mentioned above, Aaron’s middle name is Charles, which has matching 66 gematria with King. Rodgers entered the game with a total of 66 career losses in the regular season.

Sunday’s loss was the 67th of his career.

Green Bay gave up a touchdown early, meaning Rodgers had to take the field down 7-0. On their first play, he threw a perfect bomb downfield that went right through the hands of rookie wideout Christian Watson, whose middle name is Justus. The Romans are believed to have crucified Jesus Christ as an act of justice at the age of 33 in 33 A.D.

That first drive ended with a sack to Aaron Rodgers by none other than Za’Darius Smith.

The game was played on September 11th, or 9/11, which is widely-believed to be Jesus’ real date of birth. Christian Watson wears #9, while new teammate Sammy Watkins wears #11.

Isn’t it funny that both of these receivers’ names begin with Wat? The Packers play in Wisconsin, which is home to last year’s NFL Defensive MVP, T.J. Watt. Earlier in the day, Watt suffered a Torn pectoral muscle against the Bengals, potentially ending his season.

After all of this, Rodgers comically now has 55,555 passing yards: 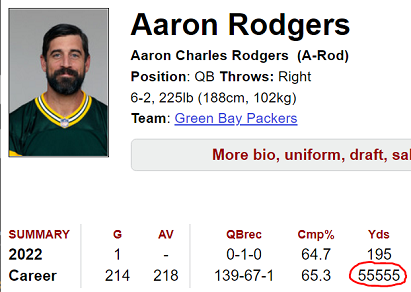