This weekend, I made this alarming video about a fatal fire in my old hometown of Hartland, Wisconsin, which reportedly killed six people.

In that video, I discuss how the incident was part of a larger theme connected the National Football League and a recent mention of Jesus Christ. I won’t explain it all again here, as it’s also laid out in detail in this post from Saturday.

In the National Football League this weekend, the team that represents Wisconsin, where this major fire occurred, played against the Washington Commanders, losing in yet another NFL game full of bad calls:

Notice how the Commanders won this game on the 23rd of the month with 23 total points. The man who wears #23 on the Commanders is J.D. McKissic, who carried the ball once for four yards during the game: 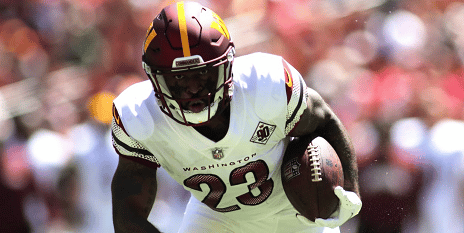 J.D. stands for Joshua Dobbie. His first name Joshua is the English translation of the name Jesus.

My post also discussed how this occurred in Hartland as part of a larger heart theme. J.D.’s last name is McKissic, which has the word Kiss directly in the middle of it.

If you think THAT’S wild…check out the name of the family whose residence was lit ablaze on Friday:

Jesus Christ is believed to have been crucified at age 33 in the year 33 A.D.