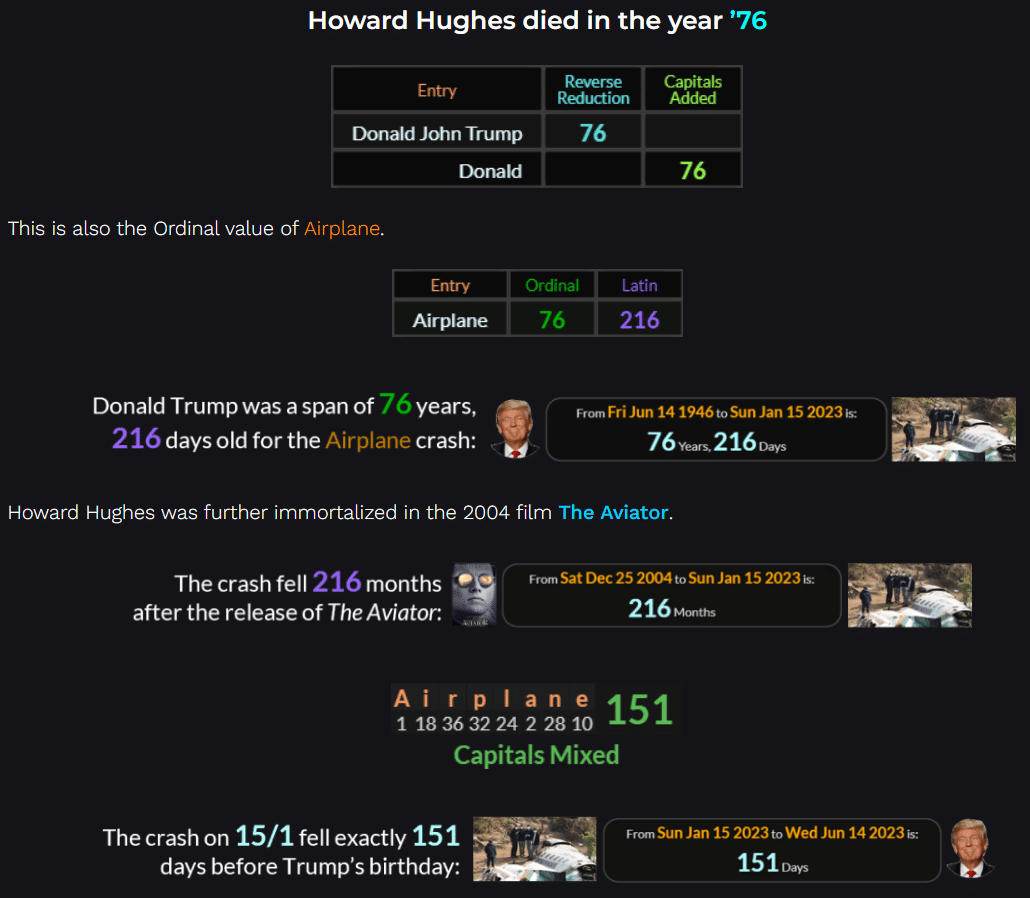 On the day of this crash, the media was widely reporting that 68 people were killed: 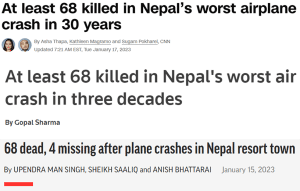 68 is the number that Donald John Trump shares with Hughes.

I’ve documented at length how Donald Trump has been synced up to plane crashes throughout history, even from the time before he was born. See this post for one example, and this one for another. Feel free to utilize the Blog search for even more.

One of the most famous public figures in the aviation industry is Howard Hughes, the first man to ever circumnavigate the world in an airplane. As it turns out, he and Trump are highly-connected by the numbers.

Howard Hughes died in the year ’76

This is also the Ordinal value of Airplane.

Howard Hughes was further immortalized in the 2004 film The Aviator.

So why would the first major plane crash of 2023 in Pokhara, Gandaki, Nepal be connected to Howard Hughes and Donald Trump?

Nepal has the same five letters as Plane. Both words have Ordinal gematria of 48 and Satanic gematria of 223 – an important connection since the 48th Prime number is 223.

The new Pokhara airport opened on the first day of 2023. Hughes’ full name sums to 223, which is the Reverse sum of Donald with capitals.

There are 223 lunations in the Saros series, a very significant Moon number.

The last name Hughes has Latin gematria of 318.

The god of transportation and travelers is Mercury. The planet Mercury rules the sign of Gemini, which is Trump’s sign, as well as his vice president Mike Pence’s. Recall how Gemini was the sign that George Floyd was killed under, and it was first reported he was choked for 8:46.

The other sign ruled by the planet Mercury is Virgo, which was the sign for the 9/11 attacks. The first plane to strike the World Trade Center did so at 8:46 a.m.

220 is the Reverse value of Donald John Trump.

The crash was at Pokhara International Airport. Notice the overlapping 185 gematria with Donald John Trump and the World Trade Center, which was a re-creation of Solomon’s Temple and Herod’s Temple.

The story of Solomon’s Temple is central to the symbolism of Masonry.

A total of 72 people died on the ATR Seventy-two. 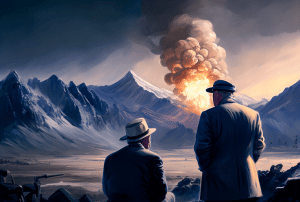