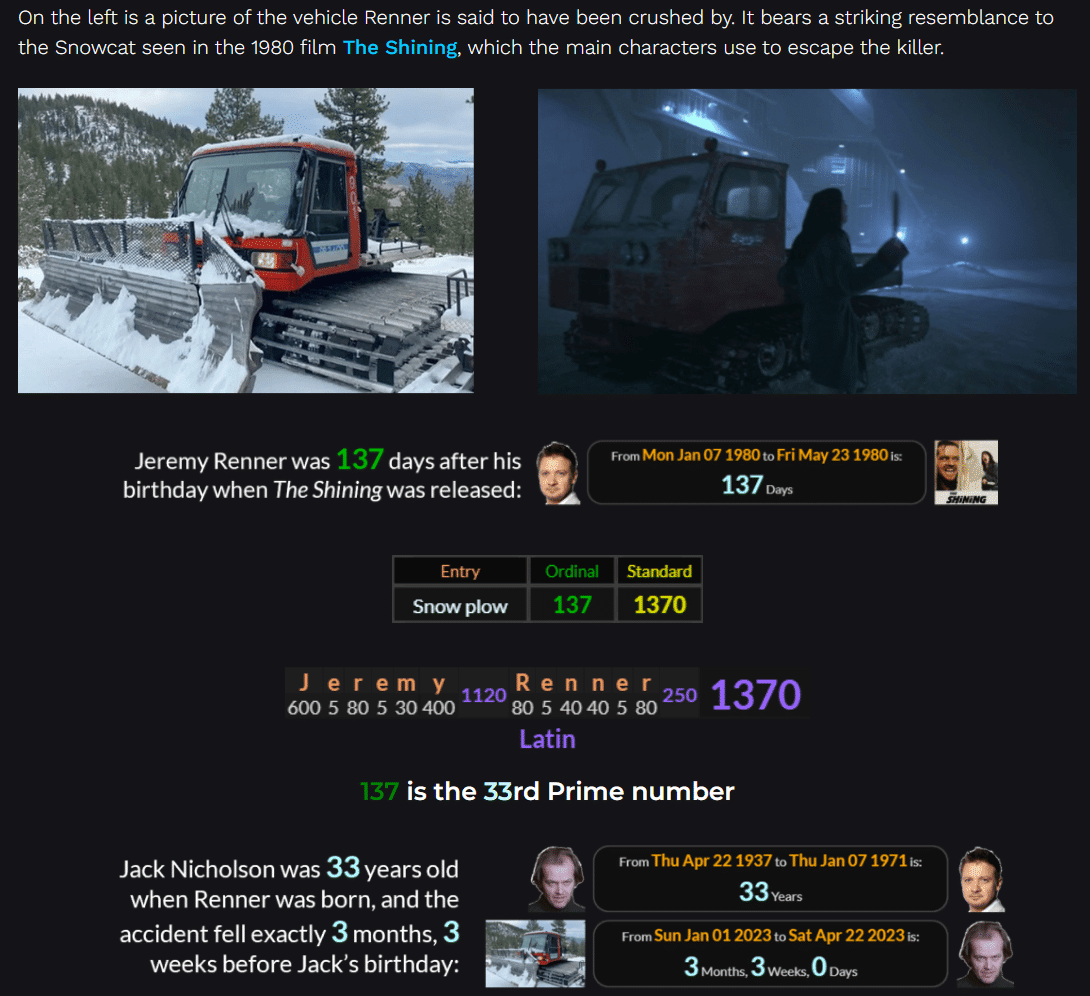 This story is from an incident is said to have occurred on New Year’s Day, January 1st. The word Nephew sums to 71 in Ordinal.

The name Jeremy Renner syncs up with both Plow and Snow plow.

On the left is a picture of the vehicle Renner is said to have been crushed by. It bears a striking resemblance to the Snowcat seen in the 1980 film The Shining, which the main characters use to escape the killer.

Nicholson’s character in the film is named Jack Torrance.

The Shining takes place at a place called Overlook Hotel.

The Shining was directed by Stanley Kubrick, who passed away in 1999.