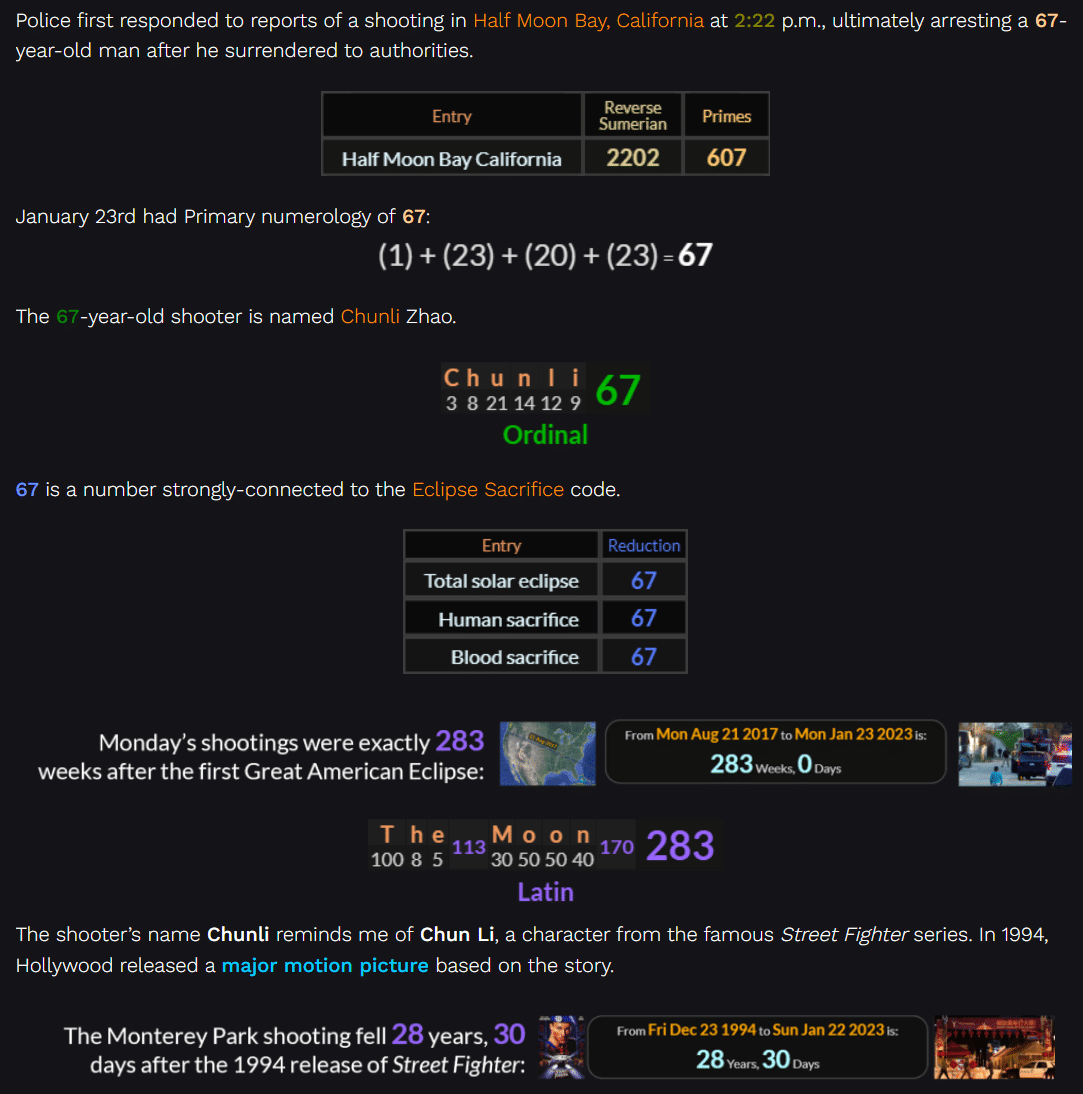 Two days ago, I made this video on a mass shooting at a Lunar New Year Festival in California. Now, we learn of a mass shooting in Half Moon Bay?! After a 72-year-old was identified in the first event, now it’s a 67-year-old. What are the odds that the suspect is elderly in back-to-back stories?

Police first responded to reports of a shooting in Half Moon Bay, California at 2:22 p.m., ultimately arresting a 67-year-old man after he surrendered to authorities.

January 23rd had Primary numerology of 67:

67 is a number strongly-connected to the Eclipse Sacrifice code.

The first scene of the shooting on the 23rd was at Magic Mushroom Farm.

The shooter’s name Chunli reminds me of Chun Li, a character from the famous Street Fighter series. In 1994, Hollywood released a major motion picture based on the story. 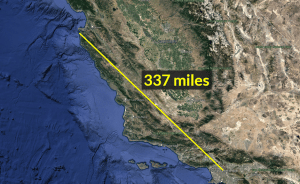 Street Fighter was released to theaters on December 23rd, or 12/23. Magic Mushroom has Reverse gematria of 2023, the current year.

223 that has been very significant thus far in 2023. This is the Ordinal gematria of Robert Brownstone, the mayor of Half Moon Bay. 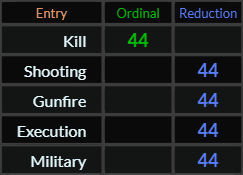 According to CNN, this was the third mass shooting in California in 44 hours:

The word Magic on its own sums to 33.

The number 33 is typically what we see coded into mass shootings.