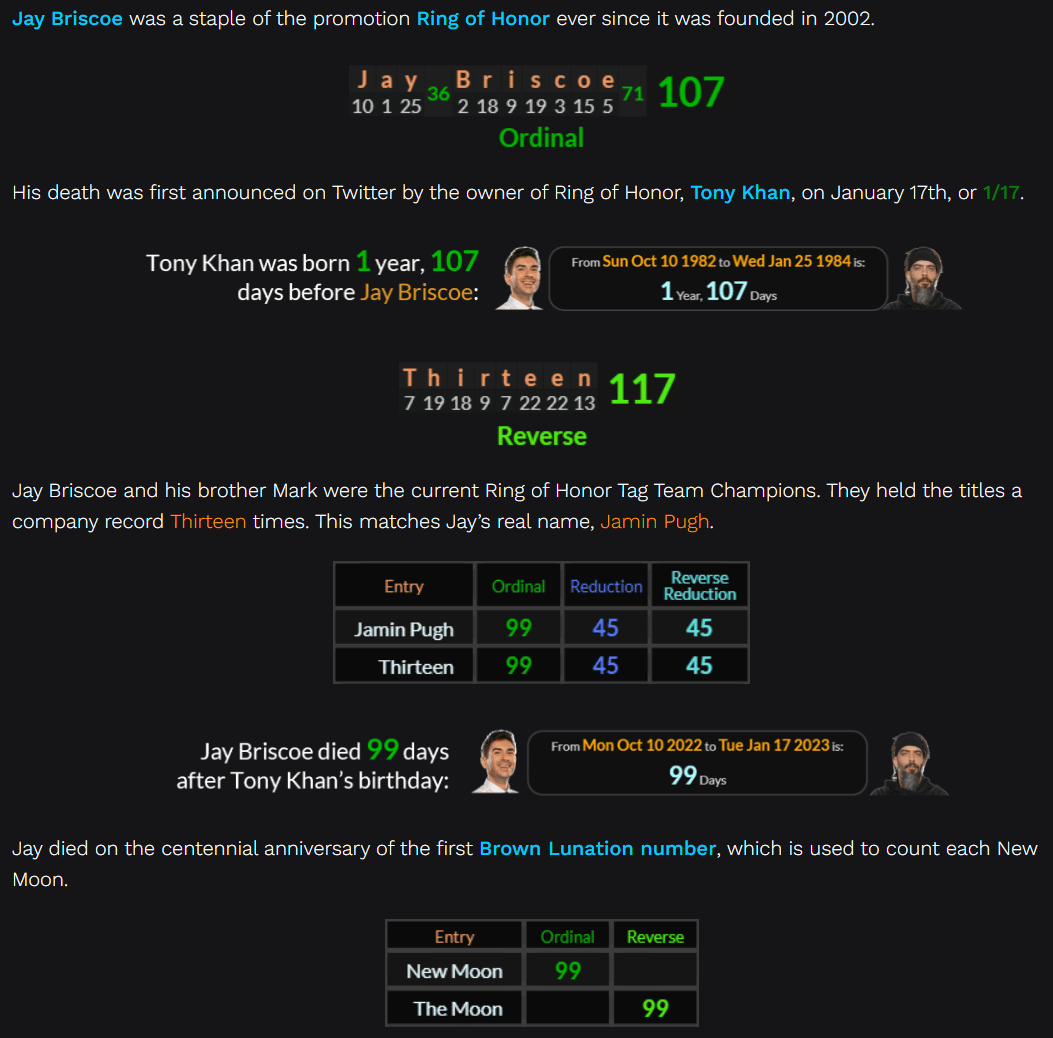 Jay Briscoe was a staple of the promotion Ring of Honor ever since it was founded in 2002.

His death was first announced on Twitter by the owner of Ring of Honor, Tony Khan, on January 17th, or 1/17.

Jay died on the centennial anniversary of the first Brown Lunation number, which is used to count each New Moon.

Ninety-nine has Ordinal gematria of 99.

Jay was born on a date with Primary numerology of 129:

The promotion they wrestled in, Ring of Honor, is abbreviated as ROH.

In Latin gematria, the number Thirteen sums to 347.

Jay’s death in Laurel, Delaware is connected to the Eclipse from December 2021.

The state of Delaware has been in the news a lot recently. It’s the home state of president Joe Biden, and Biden has been in hot water for storing classified documents at his home there:

There are 223 lunations in The Moon’s Saros cycle.

Ring of Honor was founded in Philadelphia on February 23rd, the date written 2/23:

Tony Khan announced his purchase of Ring of Honor last year on March 2nd, or 3/2/22.

Jay died on the 100th anniversary of the first Brown Lunation number.

Briscoe’s death made national headlines on the 18th day of the year:

His death fell on a date with Primary numerology of 61:

The Brown Lunation system was instituted retroactively in the year ’33.

Jay was 38 years old. 38 is a number that carries the vibration of Death. 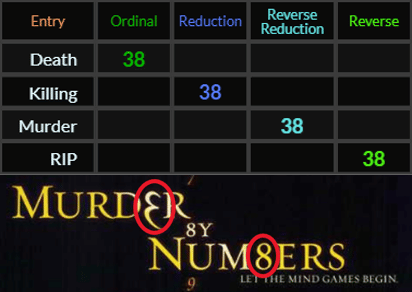 His real name was Jamin Pugh. He died in Laurel, Delaware.

I found it pretty interesting that the 12/4 eclipse belongs to Saros # 152.

Jay Briscoe even has matching gematria with both Kill and Joe Biden.

Note the 64 in particular. Jay died 64 months after the first Great American Eclipse and exactly 64 weeks before the second: