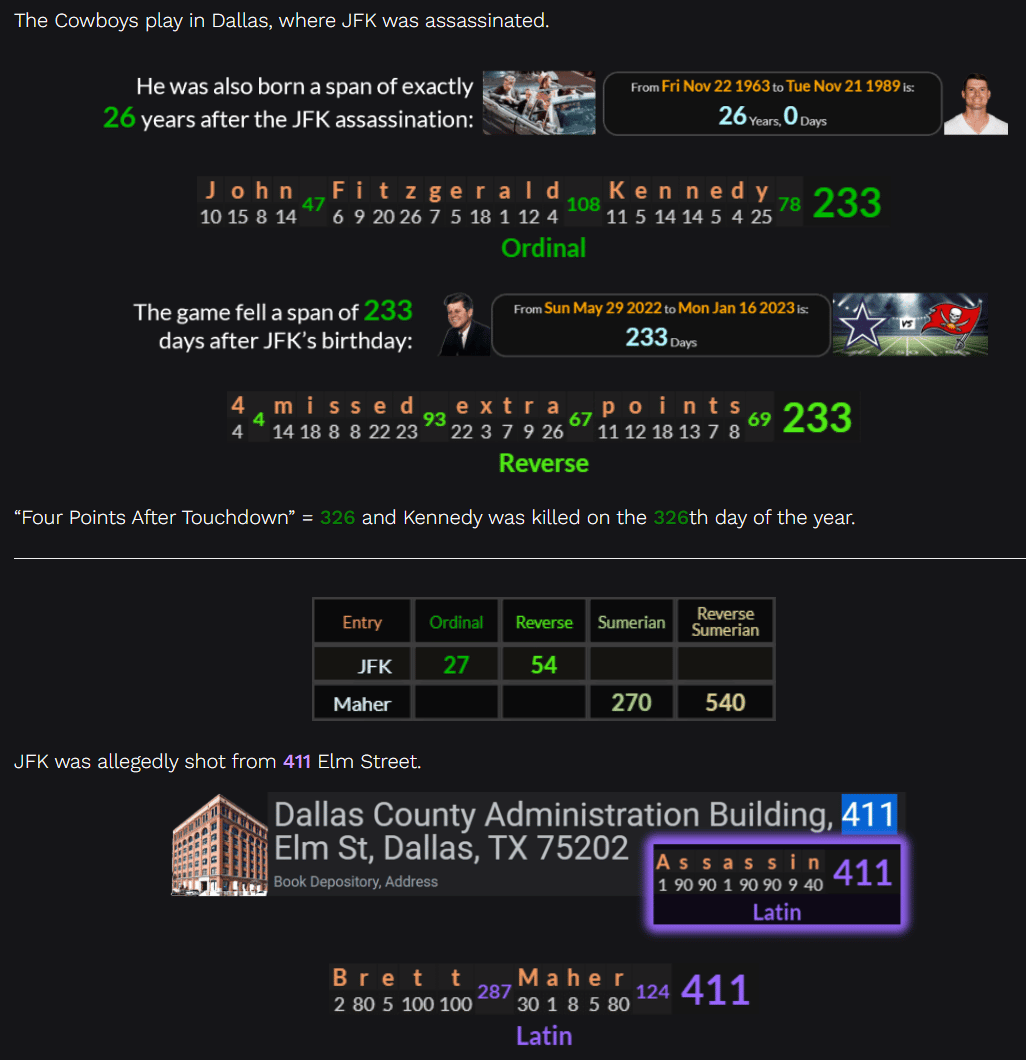 The name of Cowboys kicker Brett Maher reminds me of Brett Favre. Favre’s last head coach in Green Bay was Mike McCarthy, who is currently the Cowboys’ head coach.

11 is a number Brett Maher shares with Jesus.

Today is the 16th day of the year:

That was a date with Reduced numerology of 32, which left 40 days in the year:

Maher missed four kicks on a date with Standard numerology of 40:

Although it’s the Prime number cipher, the name Brett Maher sums to an intriguing Triangular number.

The Cowboys play in Dallas, where JFK was assassinated.

“Four Points After Touchdown” = 326 and Kennedy was killed on the 326th day of the year.

The killer, Lee Oswald, was then killed two days later by Jack Ruby.