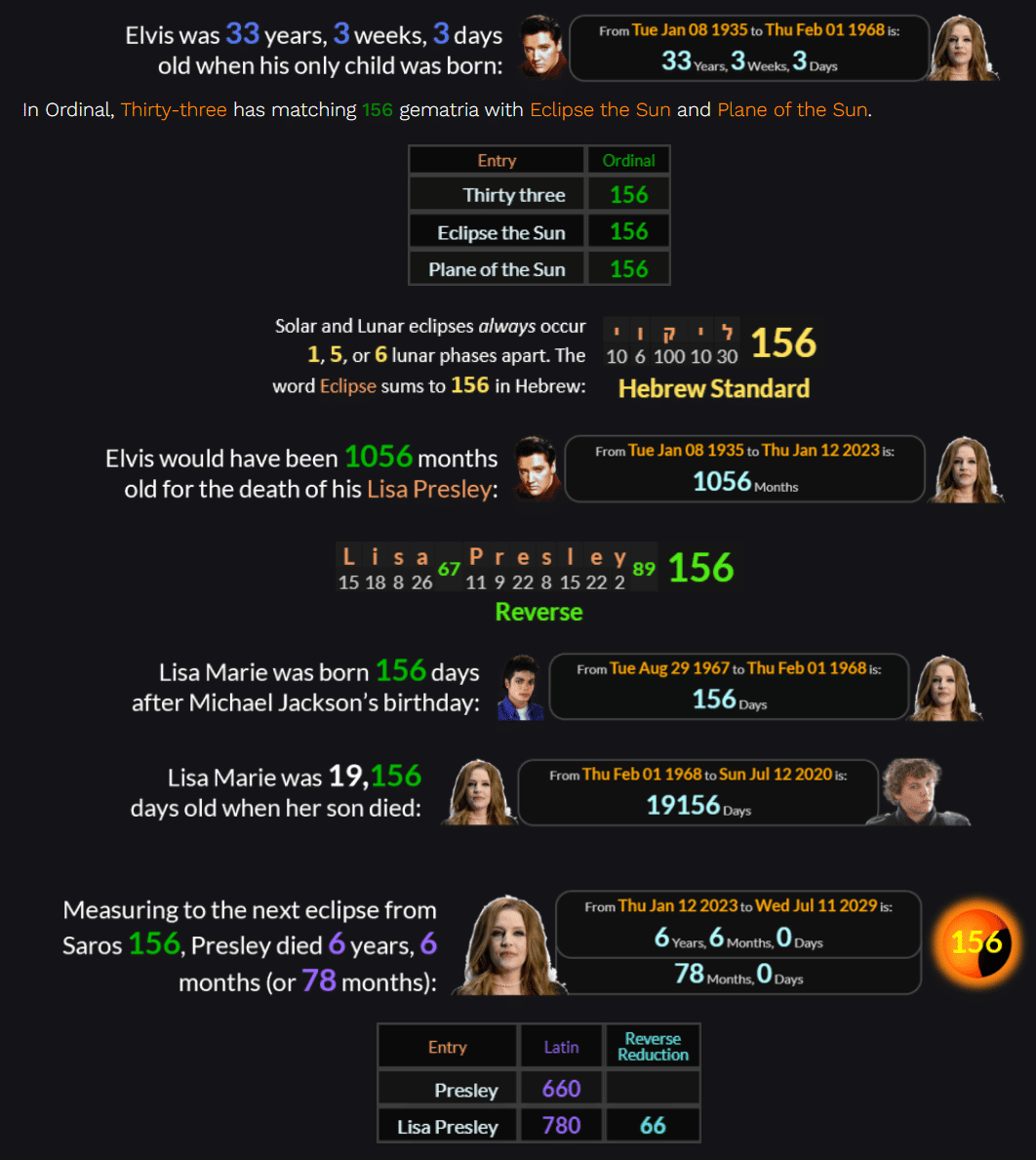 Although Lisa Marie Presley was famous for being Elvis’s only daughter, her biggest moment in the public spotlight was when she shockingly got married to the King of Pop, Michael Jackson.

Eclipses from the same Saros series are separated by 216 months, plus a few days. The Moon’s diameter is 2160 miles at the equator: 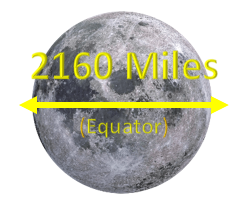 In April of 2003, Lisa Marie Presley released her debut record, To Whom It May Concern.

When Michael Jackson died in Los Angeles, California, Elvis would have been 27,197 days old and 197 days before his birthday:

The name Lisa Marie Presley has the unfortunate honor of matching Eclipse sacrifice across all three major Reduction methods:

During a total eclipse is the only time the Sun’s corona can be seen. No doubt, many people will blame this news on the coronavirus vaccine. COVID-19 was declared a national emergency in the United States on a date with Primary numerology of 56:

In the year ’56, Lisa’s father Elvis took a polio vaccine on live television in an effort to assure the public of its safety. See my post on that event. Lisa Marie has now passed away on a date with Primary numerology of 56:

In April of 2024, a Total solar eclipse will sweep across the United States on a date with Primary numerology of 56:

This is the value of both Society of Jesus and Total eclipse.

Consider how this is commonly used as slang in reference to the Homicide code.

Ben Keough was Lisa Marie’s son who passed away in July of 2020. Elvis’s wife is named Priscilla Presley.

In Ordinal, Thirty-three has matching 156 gematria with Eclipse the Sun and Plane of the Sun.

She died in Calabasas, California.

Just today, I uploaded this video on how the FAA’s nationwide flight grounding was a tribute to 9/11. Lisa Marie’s final album was called Storm & Grace.

The 27th Prime number is 103, and Lisa Marie had Ben Keough 103 days before her birthday. Elvis and Lisa Marie were both born on dates with Reduced numerology of 27:

She passed away 233 days after the birthday of her mother, Priscilla Presley.