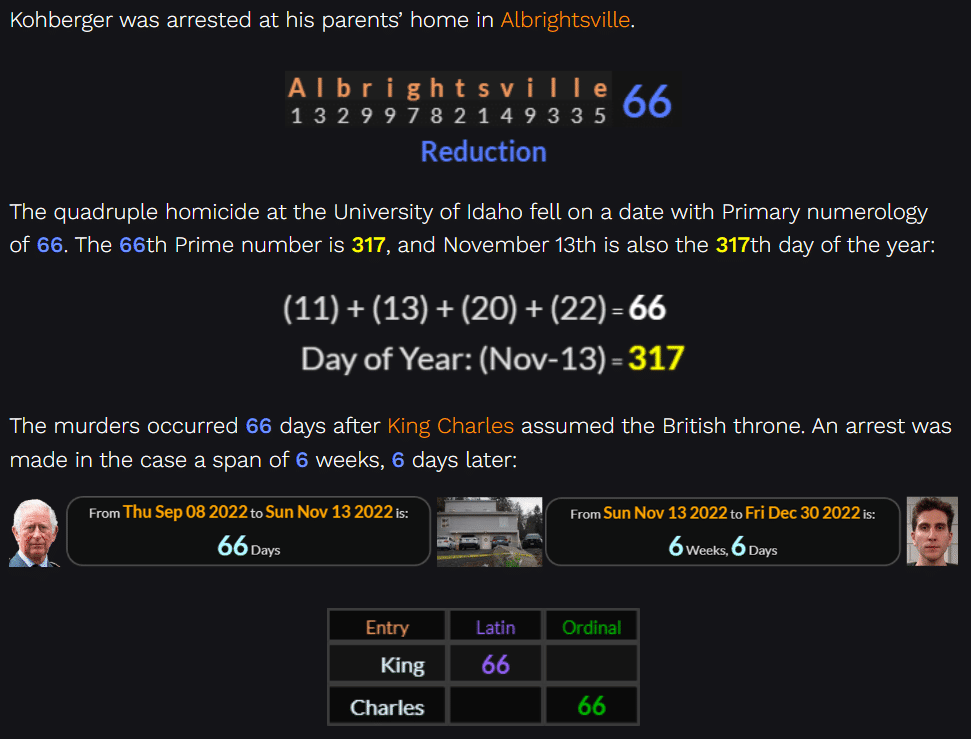 The name Kohberger is clearly very German. The same day his arrest was in the headlines, former pope Benedict XVI, a German, died within the confines of the Vatican.

The day after the murders was Charles III’s birthday. He was born in the year ’48.

The tragedy fell on the date leaving 48 days in the year, and a span of 48 days later, Kohberger was arrested on a date with a Life Lesson number of 48, which also had Multiplicative numerology of 48:

Kohberger was arrested at his parents’ home in Albrightsville.

The quadruple homicide at the University of Idaho fell on a date with Primary numerology of 66. The 66th Prime number is 317, and November 13th is also the 317th day of the year:

The murders occurred 66 days after King Charles assumed the British throne. An arrest was made in the case a span of 6 weeks, 6 days later:

Arrested on the 41st parallel 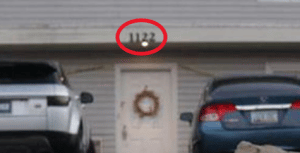 11/22 was the date of the JFK Assassination.

The names of the four victims have gematria of 509.

Queen Elizabeth II died on a date with Primary numerology of 59: