Irene Cara was the lead actress in the 1980 film Fame. Flashdance was released in the year ’83.

The Earth is roughly 11/3rds the size of the Moon. 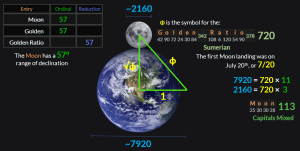 Cara provided the theme for the film with a song called Flashdance…What a Feeling.

The movie’s main character was played by actress Jennifer Beals, who was born on a date with Primary numerology of:

Irene’s death fell on a date with Primary numerology of 78:

Flashdance was produced by Jerry Bruckheimer and Don Simpson, whose names both have 90 gematria.

Don Simpson died in the mid-90’s at age 52 from an apparent drug overdose. The name Don Simpson has matching 138 gematria with the singer’s full name, Irene Cara Escalera, who was born on March 18th, or 3/18.

Flashdance has Satanic gematria of 423, which is a number connected to the Moon and its equatorial diameter.

Their full names also have matching gematria of 216.

666 is the primary number connected to the Moon. See this slideshow for details on this concept.

It takes 33 years for the twelve-month lunar calendar to fall back in sync with the solar calendar.

This is a number connected to Ritual human sacrifice.

Her November 25th date of death is the 329th day of the year:

November 23rd marked a New Moon, and the beginning of Brown Lunation # 1236.

Largo, Florida has matching 388 gematria with both Sacrifice and Human sacrifice.

These dates are also 500 days before the second Great American Eclipse. “Sacrifice” = 500 (Trigonal).