The Denver International Airport is a strange place and has been the subject of many conspiracy theories. This is of course intentional – anyone with a rational mind would think that some of the art that (formerly) adorned the walls of the complex is a bit creepy and odd.

The most outwardly-spooky thing about the airport, however, is the statue outside named Blue Mustang, which is also known by the name Blucifer: 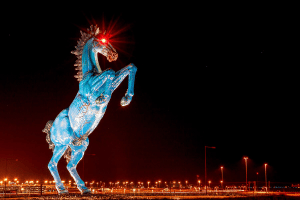 While they could have gone without the red lights in the eyes, they really had to go over the top with this thing, didn’t they? But what makes this statue particularly uncomforting to so many is that it literally killed the man who built it:

This post will explore the numerology of this calculated death and how it connects to the familiar code of Solar and Lunar eclipses. Denver, Colorado, which was consolidated in the year 1902, and its famous Denver International Airport had the right numbers for an Eclipse ritual.

The Denver International Airport officially opened on February 28th, or 2/28:

The Blue Mustang represents the Pale Horse from the Book of Revelation, which is ridden by Death in Revelation Chapter 6 in the story of the Four Horsemen of the Apocalypse.

The number 144 is mentioned four different times in the Book of Revelation: 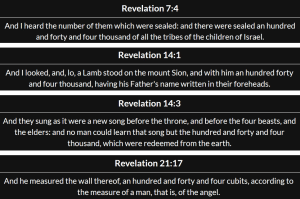 Revelation reveals the number of the Beast to be Six six six.

In the standard Alphabetic order, Pale horse has gematria of 99, matching the full name of the artist who built it.

Killing also has double gematria of 115.

Inside the Denver Airport, there exists a capstone laid down by the fictitious New World Order Airport Commission, which is an important component to this incident:

The emblem in the middle belongs to Masonry. The city of Denver sits right near the intersection of the 39th parallel with the 105th meridian.

Freemasonry is often recognized by its primary symbols, the twin pillars: 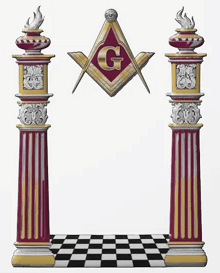 These pillars were central to the ritual conducted at the World Trade Center, which was brought down on the 11th of September, or 11/9.

It makes sense that this numerology would be honored at an airport when the 9/11 attacks featured the crashing of airplanes. One of those airplanes, number Flight 77, allegedly struck the 77‘ tall Pentagon on the 77th meridian 77 minutes after takeoff at exactly 777 feet per second.

77 is the Reduction value of both September eleventh and World Trade Center. This also connects to the Book of Revelation.

Artist Luis Jimenez was born on a date with Standard numerology of 77:

It’s no surprise to see a Ritual human sacrifice like this connected to that eclipse, which fell on 3/29 of 2006.

In the Latin cipher, the full phrase has matching 895 gematria with the Masonic number Thirty-three. “Masonry” = 33. “Eclipse” = 33.

The masonic capstone at the Denver Airport was dedicated on a date with Primary numerology of 135:

Luis Alfonso Jimenez was killed by his Blue Mustang Sculpture, which was a tribute to the Four Horsemen of the Apocalypse that was erected in Denver.

135 is the Ordinal value of Lunar eclipse.

That Lunar eclipse from Saros # 135 fell on December 10th, or 12/10 of 2011. These three digits are found in the gematria of both Revelation and Blood sacrifice.

The statue from the Four Horsemen of the Apocalypse was unveiled Four days after a Total solar eclipse from Saros # 121:

The name Luis Jimenez has the same four digits as John of Patmos, who is credited with writing the Book of Revelation.

That next eclipse occurred on the date leaving 152 days in the year:

The Sculpture inspired by the Four Horsemen of the Apocalypse went up on the date leaving 324 days in a leap year:

The eclipse of 2006 had Multiplicative numerology of 324: