In numerology, 280 and 2080 both represent 28, the second perfect number. Twenty-eight has matching Ordinal gematria with Thirty-three, which is the Reduction value of Eclipse. It takes 33 solar years for the calendar to fall back in sync with the lunar calendar.

Notice how Six six six and Triple sixes both tie in. The Earth, whose orbital velocity is ~66,600 miles per hour, has a polar axis that’s tilted 66.6° from the Plane of the sun:

In Reduction, Thirty-three connects us to the 666 code.

Check out this presentation that highlights why 666 is the primary number connected to The Moon.

This post started with the number 28. The number of days in exactly 28 years is 10,227. The mathematics of the circle are resolved with Pi, which is typically rounded off to 3.14. The smallest equation you can use to get this estimate is 22 ÷ 7.

The astrological sign ruled by the Moon is Cancer, whose symbol is a sideways 69: 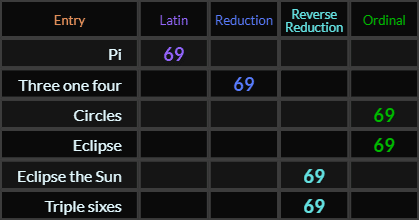 Meanwhile, the Metonic cycle, which syncs the orbits of the Moon and Sun and determines when a 13th month is added to the lunisolar calendar, is almost exactly 19 years long. 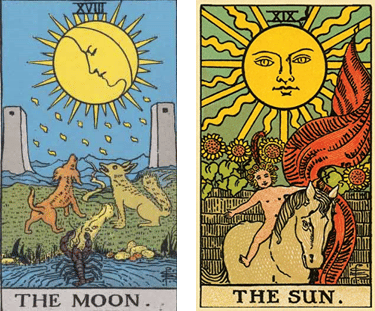 Because of the 19-year Metonic cycle, there is regularly a Solar eclipse that falls almost exactly 19 years after a previous one.

“Total solar eclipse” yields a 37 in Hebrew Reduction, which happens to be the sum of the two Tarot cards above.