This is a tremendously sad, sorrowful story. Ironically, the name Tristen is Welsh, taken from the French definition for sad or sorrowful.

Tristen Nash sums to 563 in what I consider to be the most significant cipher in gematria, at least outside of the base four.

Nash achieved megastardom in the pro wrestling world as one half of the Outsiders.

The Outsiders were inducted into the WWE Hall of Fame last year as part of the New World Order, which they started with the legendary Hulk Hogan in the most infamous heel turn in pro wrestling history.

The number 13 has matching Latin/Jewish gematria with Sacrifice in Hebrew.

Based on the story, it certainly seems possible that Tristen died yesterday, October 19th, which would sync up with Hogan’s age.

The Outsiders consisted of Kevin Nash and Scott Hall. The significance of the “Sacrifice” code likely has something to do with today’s date being October 20th, written 10/20 or 20/10.

In July, Kevin Nash and his son Tristen started a new podcast called Kliq This.

For the show’s debut, it just so happens that the main topic was the passing of Scott Hall, Kevin’s best friend who died in March.

The name Tristen traces back to the Welsh name Drystan.

It will be both a Total and Annular eclipse on that date. Tristen was born on June 12th, or 6/12 – recall how Revelation 6:12 mentions both a solar and lunar eclipse. 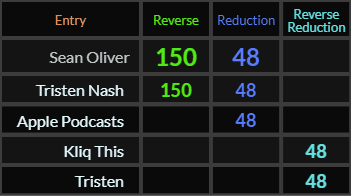 After their time in WCW as the Outsiders, Nash and Hall joined up with Hulk Hogan to become the New World Order, or nWo.