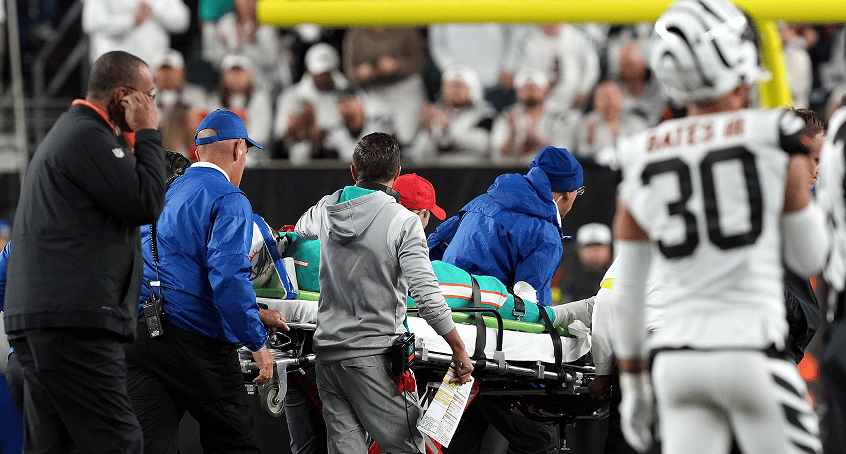 Even seasoned football fans were likely to be disturbed by the scene on the field during the second quarter of Thursday Night Football after Tua Tagovailoa, the Miami Dolphins’ quarterback, was thrown to the ground by Cincinnati Bengals lineman Josh Tupou. The game took us from this NFL season’s Week 3 to Week 4.

304 is one of just a handful of numbers that sums to itself in gematria.

Tagovailoa was born on the date leaving 304 days in the year:

Lunar phases are numbered beginning on January 17th, 1923, thanks to the work of an astronomer named Ernest Brown.

The Dolphins lost to the Bengals, who were founded by a man named Paul Brown.

The NFL is in its 1225th month of operation since its inception.

This is the NFL’s 103rd season
At Alabama, Tagovailoa wore #13

There were a total of 42 points scored

Tua Tagovailoa, who was knocked out by Tupou, was born during Lunation # 930:

The Dolphins attempted a field goal just a few plays after Tua left the game. It was blocked by #93:

The purpose of Freemasonry’s compass has gematria of 333.

Astronomer Ernest Brown was born on the 333rd day of the year 1866.

The Moon’s 19-year Metonic cycle is made up of 254 sidereal months, which syncs up almost perfectly with 235 lunar phases.

The Metonic cycle exhibits horological connection between the Sun and Moon.

Brown‘s next birthday would have been his 72nd.

The game was played in Cincinnati, Ohio on a date with Primary numerology of 80:

80 is the Reverse value of 46, which also sums to itself in basic gematria.