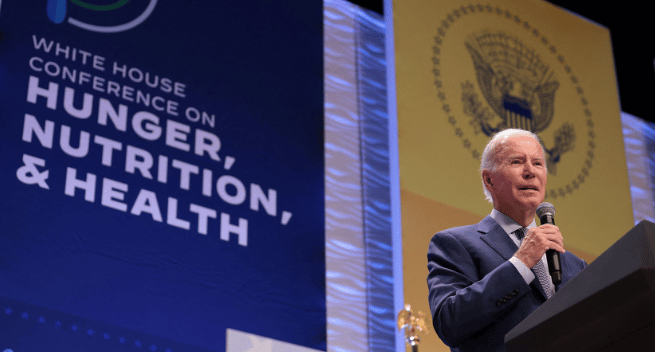 At the White House Conference on Hunger, Nutrition, and Health, Joe Biden did what many of us do when we’re hungry, lacking nutrition, and unhealthy – forget something at the worst time.

As Joe was thanking people on stage, he asked whether or not Indiana Representative Jackie Walorski was present. Normally, that would be a fair question from a man who supposedly speaks with so many people – except for the fact that Jackie Walorski tragically died just last month.

The assassination happened 117 days after the First Lady’s birthday:

The assassination occurred in the year ’63.

Jackie Walorski was born in the year ’63.

Jackie Walorski died a span of 11 months, 18 days after her birthday. Jackie Kennedy would have been exactly 1118 months old on Wednesday.

Worth noting that Jackie Kennedy died a span o 10360 days before the speech, and it was a span of exactly 1 year, 36 weeks into Biden’s term:

JFK was born exactly two years before the longest Total solar eclipse in over 500 years. That eclipse was from Saros # 136, which began on 13/6 of the year 1360 in the United States.

The Jesuits were founded just three days before an eclipse from Saros # 136.