Normally, when I think of Disney World, it’s funnel cakes that come to mind, not funnel clouds…

Disney World was named after Walt Disney, who died about five years before it opened. One must wonder if this funnel cloud was ol’ Walt paying his grounds a little visit.

The Tornado showed up at the Amusement park on a date with Primary numerology of 66:

Walt Disney died in the year ’66. The Number of the Beast is revealed in the 66th book of the Bible, Revelation, to be 666.

In Reverse, Number of the Beast shares 258 gematria with Walter Elias Disney.

The storm showed up on the 258th day of the year:

Does the Walt Disney logo have the number 666 secretly coded within it? Many people seem to think it does, and it’s hard to disagree: 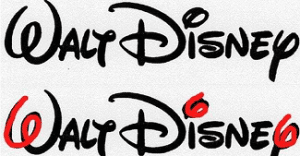 Walt Disney World Resort has the same digits in Latin as 666.

Flip 666 upside-down and you get 999, the three digits found in the Reduction value of The Walt Disney Company.

Six sixty-six matches Disney’s full name, as well as the name of the theme park.