On Thursday, I made this live stream to talk about a number of events from August 22nd:

In that video, I pointed out some synchronicity connecting the Las Vegas Raiders to Donald Trump. On the same date that Donald Trump filed a lawsuit against the government for the raid on his Mar-a-Lago residence, a player named Kenyan Drake announced he was being released from the Raiders:

I pointed out how odd this was because Trump replaced Barack Obama, whose father was Kenyan, in the Oval Office.

I knew there would be more though. Sure enough, on August 22nd, the exact same day as all of these incidents, the candidate who lost the 2022 Kenyan presidential election filed a lawsuit to challenge the result:

Odinga was the candidate from the Orange Democratic Movement. Trump is often referred to as the Orange man.

Odinga matches Donald across the base methods.

In The Lego Movie, there is an event called Taco Tuesday: 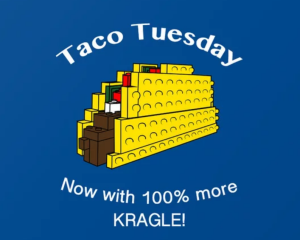 This was likely what was being alluded to in July when Jill Biden had to apologize for her remarks about “Tacos” to Latinos. I also thought of this when it was announced that the Choco Taco was being discontinued.

The day after August 22nd was a Tuesday. On WWE’s NXT 2.0 show that night, a wrestler named Wendy Choo (like Choco?) made her entrance wearing Taco pajamas:

Just a coincidence, right? Wrong…during the match, Wendy would end up using a loaded pillowcase as a weapon…

…before revealing that the pillowcase was full of LEGOS: 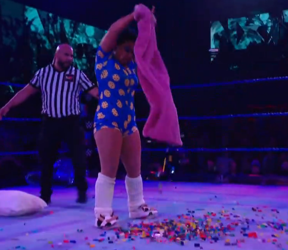