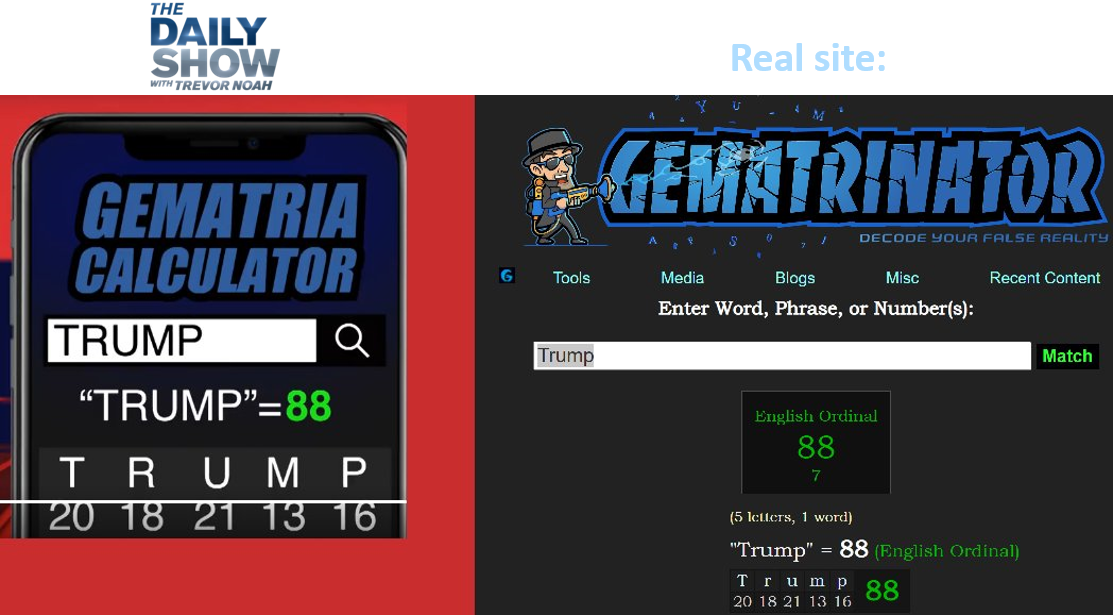 In my last post, I point out how Comedy Central made fun of gematria during a segment on The Daily Show. Click here to see their Tweet with the video.

At one point, they show a calculator that looks suspiciously like mine: 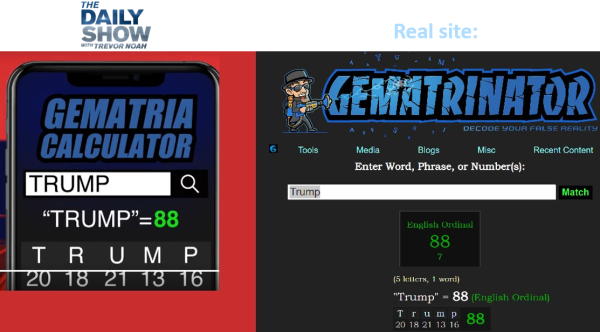 This segment was filmed at a Wisconsin Trump rally. Wisconsin just so happens to be where I live.

It was uploaded to Twitter on August 11th. This date can be written as 11/8, which stood out because my calculator first went live back in 2017 on January 18th, or 1/18. But a stronger connection is the other way around.

The date August 11th is the date leaving 142 days on the calendar, which is the number my real name shares with Gematria:

This year, August 11th had Primary numerology of 61, matching my name in Reduction:

Multiplying the digits in the date even gives you 64, which was the number of my first YouTube Channel due to my Birthday falling on June 4th, or 6/4:

In that same Latin cipher, which I believe to be the most significant in the study, my name sums to 522.

Both of these numbers sync up with my full name.

My birthday has Standard numerology of 95: