Julia Budzinski was the daughter of Blue Jays coach Mark Budzinski. Mark played in just a handful of Major League games in 2003, failing to collect any hits. In 2018, he was hired by Toronto to coach first base.

Julia, who was Seventeen years old, allegedly died during a boating accident in Virginia’s James River. Her death occurred during the time of Cancer, which is one of three astrological signs whose element is Water.

The Blue Jays entered July 2nd, the day of Julia’s death, with 44 wins. They played a doubleheader against the Rays because of a game that needed to be rescheduled from April 4th, or 4/4:

Notice how they lost that rescheduled game by a score of 11-5.

The Blue Jays lost both games, and also lost the following day, meaning they still have 44 wins:

Cancer is the only astrological sign ruled by the Moon.

The tragedy happened while the young girl was Tubing. This word sums to 73 in the alphabetic order.

Her father Mark was born in the year ’73. This is the Ordinal value of Sacrifice.

This is the Blue Jays’ 46th season in Major League Baseball. The Rays earned their 43rd win of the year.

The astrological symbol for cancer is essentially the number 69:

Julia Budzinski was killed in the James River.

69 is also the Ordinal value of the word Eclipse.

This is particularly relevant since the Blue Jays were playing the Rays, whose name and logo are specifically representative of the Sun. The stadium’s tribute to her even occurred on Sunday:

The 21st Triangular number is 231, syncing up with her father’s full name.

The Sun, which is an average of 93 million miles from Earth, has a Magic Square that sums to 666: 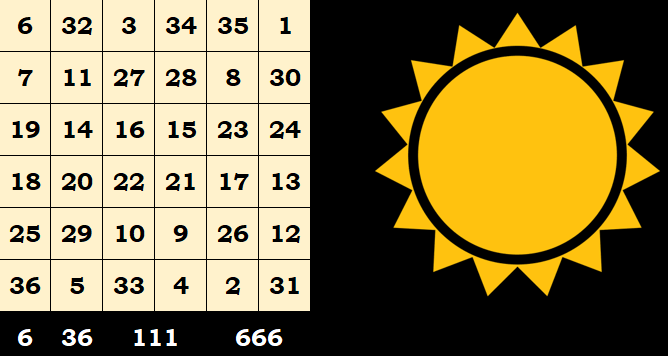 Each row and column of that Magic Square sums to 111. According to this profile, Julia was born on October 11th, or 10/11.