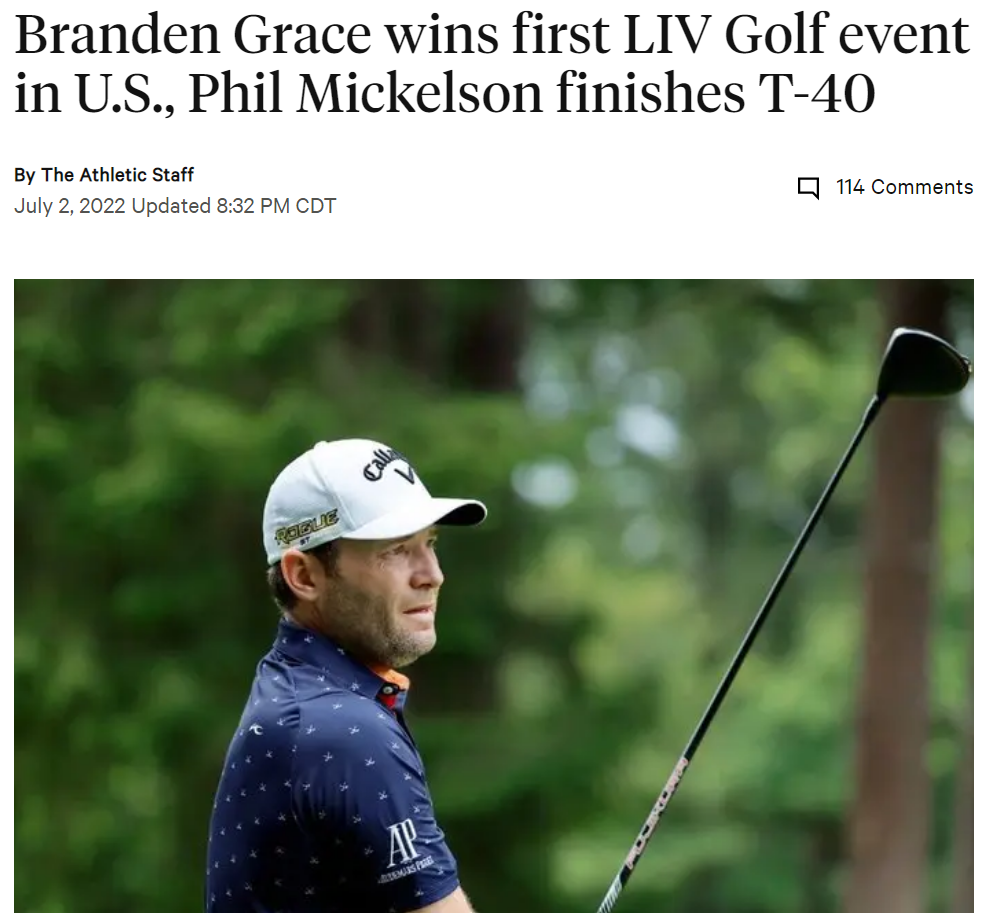 Over the past few months, Saudi Arabia’s LIV Golf has been stirring up a lot of controversy, pulling a number of famous golfers away from the PGA with the promise of ridiculously-high purses for each event. On Saturday, July 2nd, the tour concluded its first-ever tournament in the United States, which was captured by Branden Grace: 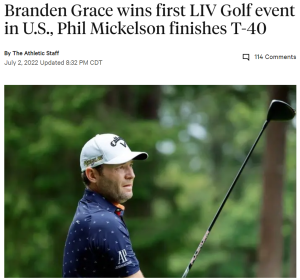 Back in 2018, the Saudi Arabian government forged a widely-criticized relationship with WWE, who agreed to put shows on in the country for the next 10 years.

On the night of Grace’s LIV victory, WWE superstar Liv Morgan won the women’s Money in the Bank ladder match. Later in the night, she would cash the contract in and win a Women’s World Championship for the first time:

In Roman numerals, LIV is 54. Each tournament on the LIV golf tour is 54 holes.

It should be no surprise that we’re finding a riddle with the 2022 Money in the Bank show.

Golf wasn’t the only stage that Saudi Arabia found itself in the spotlight for this weekend.

The first-ever LIV Golf Tour event was held in June in the city of London. This weekend, in London, Team Falcons, whose players all reside in Saudi Arabia, became the first professional Rocket League team from a minor region to ever reach the Grand Finals of an RLCS event:

Falcons has matching 70 gematria with its owner, César Azpilicueta, whose name also syncs up with the calendar year.

Recall how I mentioned Rocket League in this post from May. It’s far from being the biggest eSport, but it’s the only one I ever pay attention to since it’s a game I used to play.

I find it pretty wild that I would find such strong synchronicities like the ones I’m about to present in things that appear to have nothing more in common than the fact that I paid attention to them. My assessment is that at least most of it must be organic.

Team Falcons reached the Finals by winning the upper bracket. However, they would end up falling to a new up-and-coming team from the host nation of England, Moist eSports, who had to dramatically win two best-of-7 series in a row to earn the title.

Who came up with the name “Moist” eSports, you ask? The organization is owned by a highly-successful YouTuber who goes by the handle MoistCr1TiKaL: 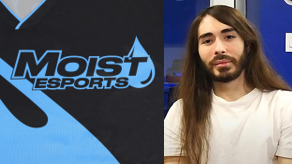 Notice how both men named White share the same birthday:

Without the end date, Theory was also exactly 1300 weeks old. This was the 13th Money in the Bank pay-per-view event.

156 is a number I commonly mention on this Blog. It’s the gematria of both Six six six and Triple sixes.

It seems like people are very fond of the idea that MoistCr1TiKaL, both through his appearance and demeanor, is the “Jesus Christ” of the Internet. 666 is an important number to Jesus, the Son of God. Charlie’s birth sign is Leo, which is the only sign ruled by the Sun. The Magic Square of the Sun sums to 666: 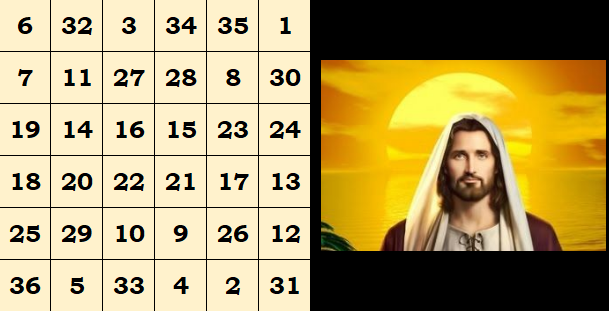 This number is attributed in the gematria of both Liv Morgan and Branden John Grace, whose last name could be construed as quite “godly”.

As shown above, both Austin White and Charles White (MoistCr1TiKaL) were born on August 2nd, or 8/2.

It may also be worth mentioning that the two RLCS Finalists, Moist Esports and Team Falcons, both shared 188 gematria, which is the Ordinal value of Jesus of Nazareth.

In Latin/Jewish gematria, Jesus of Nazareth sums to 1776, an important number this weekend as Independence Day is coming up.

This weekend’s LIV Golf event, which finished on Saturday, was held in Oregon, the first state to see the 2017 Great American Eclipse.