On Thursday, May 12th, media outlets around the country published the first image of the black hole at the center of the Milky Way galaxy.

The name of the black hole is Sagittarius A*, pronounced “Sagittarius A-Star“. Its image was circulating in the news on a date with Primary numerology of 59 and 23:

Sagittarius is also the name of one of the 12 constellations on the Zodiac. It is the only sign ruled by Jupiter in modern astrology.

Just hours before this story came out, Jupiter transitioned from Pisces into Aries. This was the first time it changed signs in almost exactly one year: 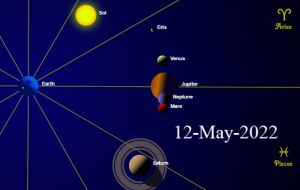 The fact that this was the 12th day of the month is significant – Jupiter left Pisces, the 12th sign of the Zodiac. 12 squared is 144, and the 12th Fibonacci number is also 144. 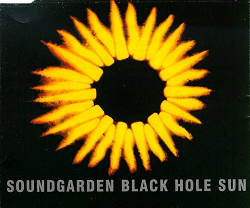 Cornell was born on the anniversary of the first Moon landing, which was in the year ’69 at the end of Cancer.

Yesterday was a span of exactly 28 years after the song’s release:

408 is the Reverse Sumerian value of Chris Cornell.

This is only the second time an image of a black hole has ever been processed for the public to see. The first was Messier 87’s back in 2019.