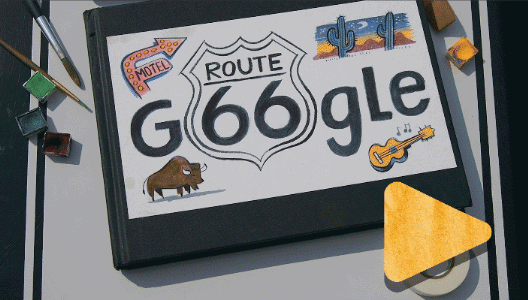 Today, Google is featuring a Google Doodle for Route 66. This began around the same time as news breaking about the death of football super agent Carmine “Mino” Raiola:

Route 66 was also called Will Rogers Highway, named after actor Will Rogers.

Raiola, who was born 11770 days after Rogers died, passed away 177 days after their birthday:

So why is Google celebrating U.S. Route 66 today? Today is the 96th anniversary of the number 66 being assigned to this U.S. Route, which ends in Santa Monica.

Recall how today, April 30th, is the birthdate of Travis Scott, whose Astroworld concert in November was a satanic ritual completely coded to the number 666, which is another major Eclipse number.

April 30th is also the anniversary of the Church of Satan, founded in the year ’66. Tonight, they celebrate Walpurgis Night, a high satanic holiday directly across the calendar from Halloween (All Hallow’s Eve).

On the date of the Doodle, Google was 283 months old, and 238 days after its anniversary:

The number 66 is strongly-connected to 666. Route 66 begins in Chicago near the iconic Willis Tower: 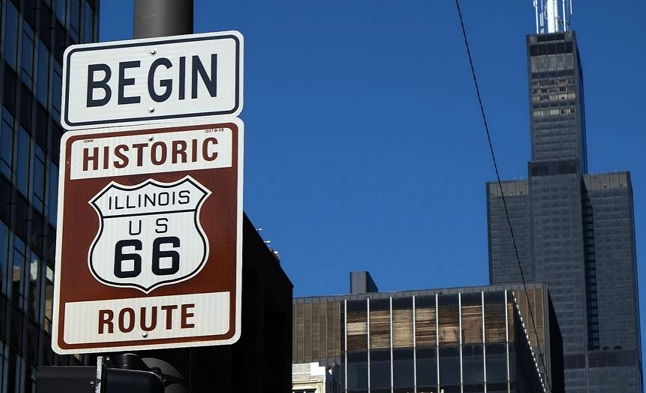 The former world’s tallest building has a unique zip code of 60606:

Google’s video shows an image of the devil wearing the number 66:

The 66th Prime number is 317. Raiola died 3 months, 17 days before the anniversary of Will Rogers’ death.

Although we call it “soccer” in America, everyone really knows the sport’s true name is Football.

Raiola was a Scorpio, which is ruled by Mars.

The Interstate system was created by Dwight Eisenhower, who became the president in ’53. It’s been 131 years since he was born and 53 years since he died:

666 is the 36th Triangular number. This same measurement is also exactly 360 Mercurial years – consider how this applies to Route 66, as Mercury is the god of travelers:

Route 66 lost its designation 36 years ago. Today is also 36 days after the death of Foo Fighters drummer Taylor Hawkins, which was connected to the number 36 and their movie Studio 666.

Route 66 was referred to as the Main Street of America.

Route 66 first opened to the public on the date November 26th. Today is a span of 22 weeks, 2 days after its anniversary:

This is also 5 months, 4 days. Google’s video starts off by referring to the route by its nickname, the Mother Road:

Today’s was a Pole eclipse. It happened on the same day as a conjunction between the planet associated with Love, Venus, & Jupiter.

Earlier, I showed how Raiola died 666 days after his last Martian birthday. That was his 28th:

As I have discussed at length, the word Football has strong connections to the Eclipse code, as the entire history of the NFL proves.

Travis Scott, whose birthday is today and took part in the Astroworld tragedy, was born in the year 1991. This is also a span of 19902 days – Raiola became active as a football agent in either 1991 or 1992 depending on sources.