Gilbert Gottfried reportedly of an unusual heart condition after claiming to have been triple-vaccinated. He had also encouraged people to get vaccinated against COVID-19 themselves, claiming it was a matter of life and death. He passed away a few months after fellow Aristrocrats comedian Bob Saget, who had also made jokes implying that he too received the jab.

Gottfried died in Brooklyn, New York, where he was born. It happened on the same day as a false flag shooting in Brooklyn that was conveniently-timed with Joe Biden’s renewed push for gun control laws. It was also on the same day that the NBA Playoffs began in Brooklyn, the team that Kyrie Irving plays for. After months of standing his ground against the vaccine, Irving was allowed to play in the team’s home games again last month.

A couple of years ago, I made this post on the death of actor Godfrey Gao, and how it was connected to Gottfried, who was exactly 777 months old. As it turns out, that story also foreshadowed Gilbert’s passing.

Take a look at Bob Saget’s joke about Gilbert from his Roast back in 2008:

The Sun is approximately 93 million miles from Earth:

The word Eclipse sums to 33 in Reduction.

Kyrie and the Nets defeated the team who drafted him – Cleveland, which is the largest city that sits in the path of totality of the next Total solar eclipse: 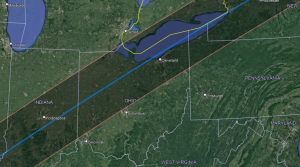 The news told us the gunman in Brooklyn fired exactly 33 shots:

Gottfried was born in Brooklyn on a date with Primary numerology of 104:

In 2017, the year of the first Great American Eclipse, a documentary about Gottfried called Gilbert was released.

On July 11th of 2019, Gilbert gave the “truth community” a nod by issuing a warning about the Golden Gate Bridge on August 11th.

Gilbert Gottfried played the voice of Iago in Disney’s Aladdin: 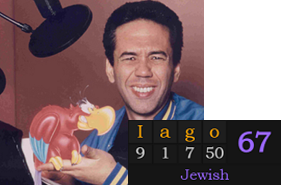 67 is the 19th Prime number. Oftentimes, there will be an eclipse exactly 19 years after a previous one, thanks to the Metonic cycle. I mentioned the Metonic cycle in my post about Godfrey Gao in the year ’19, as he died a span of 67 days after his birthday, also of a heart condition just like Gilbert.

April 12th was a span of exactly 109 weeks since the World Health Organization declared a COVID-19 pandemic:

109 is the 29th Prime number. There were allegedly 29 people injured in Tuesday’s shooting / gas attack in Brooklyn. 29 is the 10th Prime number and 10 people were reported to have been shot.

In Reverse, Total solar eclipse sums to 257 like Blood sacrifice. This is the Latin/Jewish value of Bob Saget.

One of Gilbert Gottfried’s most memorable moments was when he became the first comedian to crack jokes about 9/11 in New York just three weeks after the terror attacks on that date:

The vaccine was first approved for emergency use authorization on the date of the 2020 Total solar eclipse, which began Lunation # 1212. This was a warning to those with occulted knowledge.

The last Total solar eclipse before Gilbert died on April 12th (written 12/4 internationally) was on December 4th, written 12/4 in the United States.

Gilbert was released on the date leaving 58 days in the year:

Gottfried died on a date with Primary numerology of 58:

An important number to the Eclipse code is 223. That’s the number of lunar phases in the Saros cycle, which is used to predict the next Eclipse. The Moon has Hebrew gematria of 223.

This happened the same day that the Lieutenant Governor of New York, Brian A. Benjamin, was arrested for his role in a campaign finance scheme.

A couple of weeks ago, the state of New York lifted their COVID-19 vaccine mandate, which meant Kyrie Irving could start playing home games for the Nets again.

Kyrie was the most vocal and resilient of all unvaccinated NBA players. This was all preceded by a 2017 story that he might believe in Flat Earth theory, which was originally popularized by Washington Irving, who share’s Kyrie’s last name.

The Great American Eclipse over Cleveland will be on April 8th, or 4/8.