Yesterday, I made this video on the death of Gilbert Gottfried. The main piece of the riddle with his death was a conjunction of Jupiter and Neptune on the date he died. The first man to observe Neptune through a telescope was named Johann Gottfried Galle.

In Roman mythology, Neptune was the god of the seas. In this news story from two days after Gilbert’s death, we’re being told that a Russian warship was sunk by Neptune missiles: 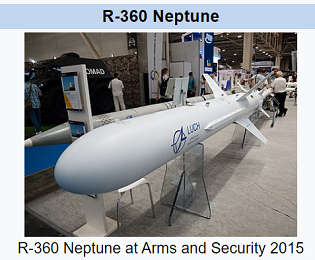 A conjunction occurs when two planets occupy the same coordinates on a 360° grid. “Neptune three hundred sixty” = 322. The missile was first tested on 3/22 of 2016.

Recall this number 2216 from my recent post on Barack Obama. This is connected to the Morning Star, a.k.a. Venus, through the book of Revelation:

The planet Venus will be nudging its way between the planets of Jupiter and Neptune before the end of April. Venus has matching 81 and 18 gematria with Moskva, the name of the sunken warship.

This verse has gematria of 2022, the year we are currently in.

The Moskva sank on April 14th, a span of exactly 110 years after the Sinking of the RMS Titanic:

The other day, I posted more about the ongoing “Nazi” riddle with the war in Ukraine. Nazi leader Adolf Hitler was born on the 110th day of the year:

Recall how this was an extremely-significant number on 9/11, when the 110-story World Trade Center with the 110-meter antenna built by Rockefeller was destroyed by Osama bin Laden.

Today is exactly 9 years, 11 months (or 119 months) after the U.S. release of the video game Battleship:

This Russian Battleship sank a span of exactly 158 weeks (or 1106 days) after the Neptune missile’s final test:

Construction on the World Trade Center began in 1968. The official name of the Neptune missile is R Three hundred sixty Neptune.

666 is an important number to Vladimir Putin, whose full name matches Six hundred threescore and six.

The English name of the cruiser also syncs up with 666.

The boat named after Moscow, Russia was sunk by Missiles in the Black Sea.

The number of the Beast is revealed in Revelation 13:18, which is the 229th verse of the book. The Moskva was a Guided missile cruiser.

The Moskva used to be called the Slava, which matches Putin in gematria.