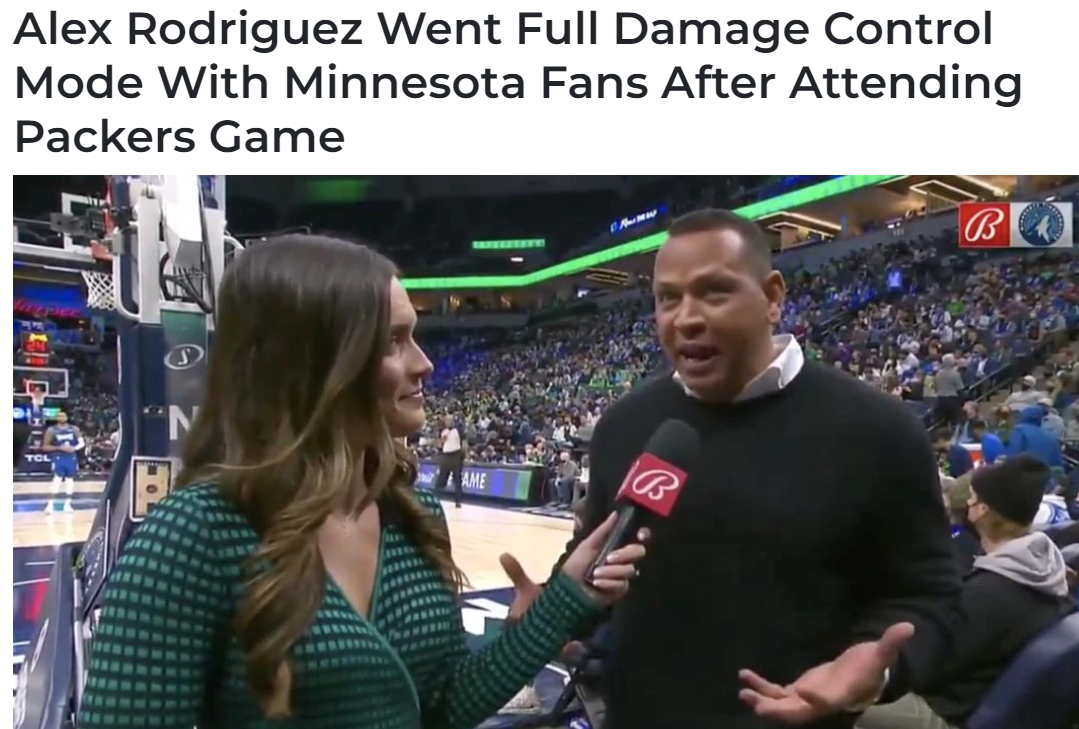 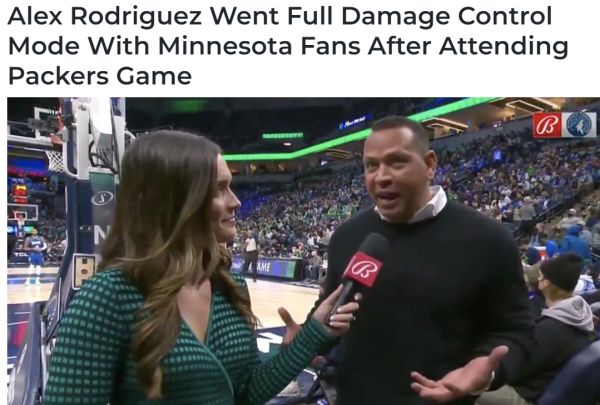 In what may have been Aaron Rodgers‘ final game with the Green Bay Packers, Alex Rodriguez made a surprise appearance in the crowd. Both men are athletes who enjoyed some time at the top of their sport, and both men share the nickname A-Rod.

Normally, a celebrity would be applauded for braving the elements, sitting among the regular public. However, this was a bit of a hit to Alex’s image; he recently became part-owner of an NBA franchise in Minnesota, home to Green Bay’s rival, the Vikings. The Minnesota Timberwolves play in Minneapolis, Minnesota.

In gematria, Timberwolves sums to 1991.

You can also convert his age to days for another sync in the same cipher.

He witnessed Aaron’s 13th career game against the San Francisco Forty-niners, who picked up their 13th win in Green Bay with 13 points. Timeouts were called with 1:03 and :13 left on the final drive.

At the press conference announcing his investment, Rodriguez held up a #13 jersey with his name on it:

Thirteen sums to 99, which is the Reduction value of Alexander Rodriguez in both Reduction methods.

It was Rodriguez’s first trip to Lambeau Field.

Alex didn’t come to the game alone. His frigid evening was spent alongside a new female counterpart:

Padgett is a good person to take in a Packers game with.

Kathryne Padgett even syncs up with Green Bay.