Ian Alexander was the son of actress Regina King. Regina played the daughter in a TV series called 227 that I posted about a few years ago. 227 is connected to Pi (click to enlarge): 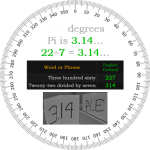 This is the Ordinal gematria of Regina King.

Ian, who was born on January 19th or 1/19, allegedly died after committing Suicide.

227 was the family’s Apartment number.

Mathematics of the Circle

When it comes to the two circles in the sky orbiting Earth, a very significant number is 108:

227 first premiered on the date leaving 108 days in the year:

Regina and Ian Alexander has matching 108 gematria with Apartment.

In Reverse, Apartment sums to 135. The show’s main character was named Mary Jenkins.

He had Primary birth numerology of 135:

Her name is quite royal – the name “Regina” translates to Queen in Latin, and her last name is King. Today is the anniversary of the death of home run King Hank Aaron, who died one day before Larry King, the “king” of the airwaves.

Running back Derrick Henry, whose nick name is King Henry, makes his return today against the Bengals, who are from Cincinnati, where Regina was born.