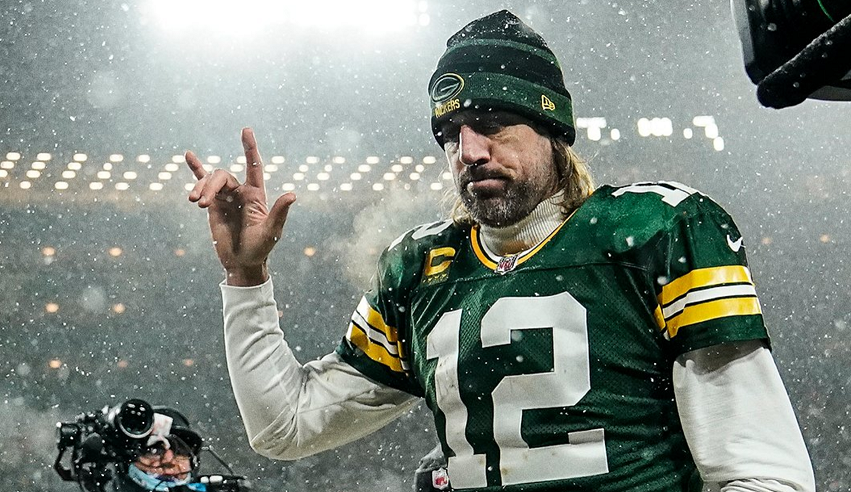 Has Aaron Rodgers flashed the devil horns at Lambeau for the final time? 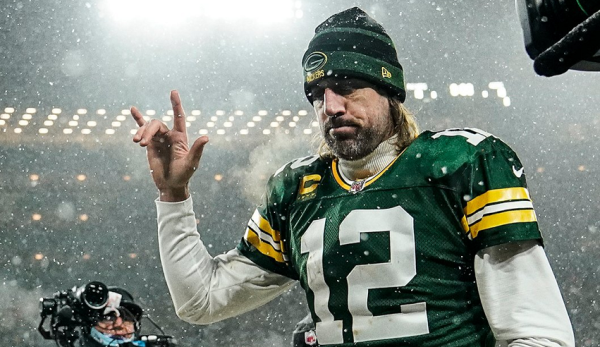 This was Rodgers’ 227th start of his career. That’s the 49th Prime number. His loss to the 49ers was on the same date we learned of the death of Ian Alexander, who was the only son of 227 actress Regina King.

Rodgers grew up close to the Bay area, rooting for San Francisco, which sits on the 122nd meridian. He’s has held a grudge against the team ever since they failed to draft him first overall:

Yesterday saw the return of star running back Derrick Henry. More on this connection below.

Aaron Charles Rodgers even has matching gematria with One hundred twenty-two.

The last few years of Rodgers’ tenure has been marinated in drama, which began when the Packers unexpectedly drafted quarterback Jordan Love. The key play of last night’s game, which was played on January 22nd, or 1/22, was a blocked punt by Jordan Johnathan Willis.

Jordan Willis was born on the 122nd day of the year:

The ball landed near the goal line and was returned for a touchdown by Talanoa Hufanga, who was 10 days before his 22nd birthday.

Jordan Willis wears #94. The 49ers have not won a Super Bowl since they scored 49 points to end the ’94 season.

When the play began, the score was 10-3. It was #13 who was right there with Hufanga to celebrate his touchdown: 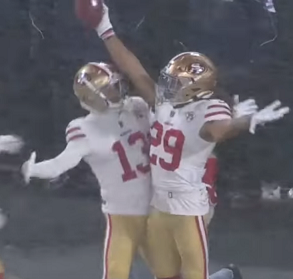 San Francisco would go on to win the franchise’s 13th game all-time in Green Bay by a score of 13-10.

Last night’s game had a Life Lesson number of 29:

After the block, Joe Buck yelled “It’s spinning inside the ten!” His touchdown tied the game at 10–10:

10 squared is 100. The man who blocked the punt was Jordan Willis. 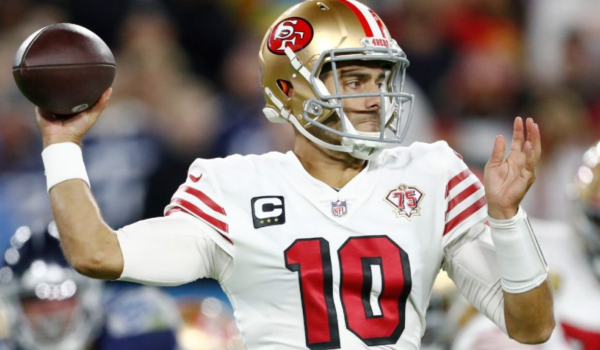 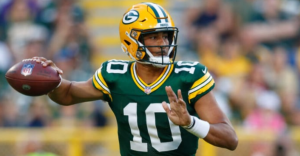 Prior to last night’s game, news broke that the son of Regina King had committed suicide. This was clearly connected to the NFL, as Titans star running back, whose nickname is King Henry, returned in their loss to the Bengals.

This was also noteworthy for Green Bay, because the game fell on the anniversary of last year’s NFC Championship game, which Green Bay lost to Tampa Bay. Kevin King was the scapegoat of that game, which took place the same weekend that both home run king Hank Aaron and radio host Larry King died.

The word King has the same Reduction value as Tens. A funny moment came when Joe Buck said “It’s tense!” with several 10‘s showing on the screen.

Kicker Robbie Gould won it for the 49ers as time expired, scoring the game’s 23rd and final point. Talanoa Hufanga has Primary birth numerology of 23: