This news about Brian May was published today, a date with a Life Lesson number of 38:

The word Horrendous is quoted in the headline. Today is 5 months, 2 days after May’s birthday.

Another founder of Queen was Freddie Mercury, who died from another epidemic (AIDS). His last name Mercury reminds us of a toxic element of vaccines.

Perhaps Queen’s most memorable show was the Live Aid concert, which was the climax of the recent film about the band: 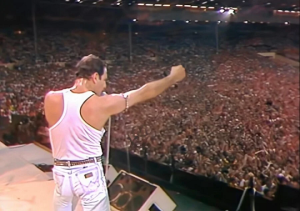 Brian May is 74 years old

Today has Primary numerology of 74: