Check out the coordinates 33°N – 111°W. You will be directed to a spot that appears to be in the middle of nowhere. However, if you zoom out a little bit, you will see something a bit strange (click to enlarge):

There is a small town named Kearny that is laid out in a fashion that seems to point directly at that spot. So let’s zoom in a little closer: 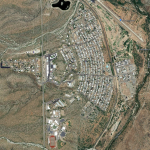 At first glance, I thought the shape resembled a giant megaphone. But if you zoom in to the left (northeast) part of the village, it gets even stranger. The roads at the end of town are shaped like a Trumpet. At the very end of the trumpet, by the mouthpiece, sits a Mormon Church: 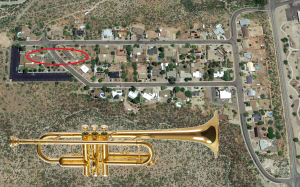 Moroni is a Mormon prophet who is usually seen blaring his Trumpet:

Thus, the shape does not represent a megaphone, but instead, the sound waves from a blaring trumpet. Click here for a larger image.

Kearny, Arizona is in Pinal County. This is a clear reference to the Pineal gland in our brain, responsible for our spiritual connection to all that is: 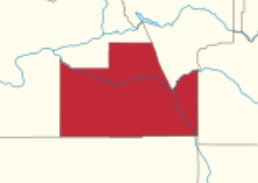 This brings us to the crucifixion, where Jesus, labeled The King of the Jews, was hung on a Cross per the Gospel. 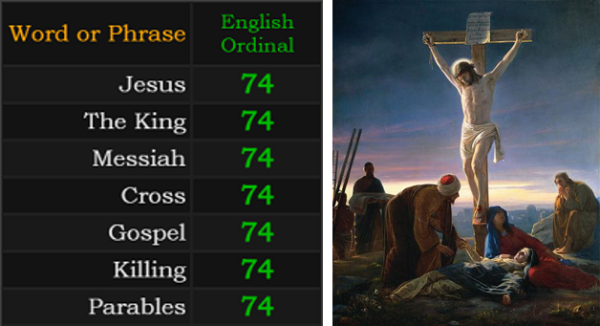 Kearny, Arizona points to 33°N – 111°W. These numbers are pretty significant to the Crucifixion of Jesus. We start with the widely-accepted belief that Jesus was crucified at age 33 in the year 33 A.D. on the date of a Lunar Eclipse.

The number 33 is closely-connected to 666, as gematria so simply exhibits.

111 is also symbolically-connected to 666. Consider how the Hebrew letter Vav, which is worth 6 in gematria, looks just like a 1:

Anything that sums to 111 in Ordinal sums to 666 in Sumerian.

Stephen W. Kearny, whom the Arizona town is named after, is responsible for the Kearny code, which is the basis of law in New Mexico. Kearny was notable for the mobility of his armies, leading hundreds of Dragoons across the arid southwest on horseback. Mobility is a trait of Mercury, which is a big symbol of Jesus (See one of Rambo’s posts for excellent examples of this)

The Mormon church believes Jesus was the Son of God. The Magic Square of the Sun sums to 666:

“Number of the Beast”

666 is known as the number of The Beast.

Stephen Kearny and his men arrived in modern-day Kearny and camped on November 7th, 1846, the 311th day of the year, which had numerology of 64:

The Number of the Beast is revealed in the book of Revelation.

During the Mexican-American War, General Kearny set out for California on 9/25/1846 with 300 men:

In Jewish / Latin gematria, Jesus the Messiah sums to 1331, which is highly-relevant to the numbers 33, 666, and the eclipse code.

His full name has matching gematria with Nineteen.

The number 19 flipped upside-down is 61.

The number 173 is the word ELI flipped upside-down:

While being crucified, Jesus shouts “Eli, Eli” (my God):

There is another city in Pinal County with the name Eloy: