This meeting at the Vatican between Francis and the President was, of course, by the numbers. The meeting was on 10/29, similar to 1929, the year that Vatican City became an independent nation via the signing of the Lateran Treaty.

The Beasts are first described in Revelation 4:7.

These are the same digits found in the Jesuit Order’s motto, For the Greater Glory of God, and the rulers of the world in end times, The Synagogue of Satan.

In Jewish gematria, Six hundred and sixty-six sums to 2083, which is the 314th Prime number. 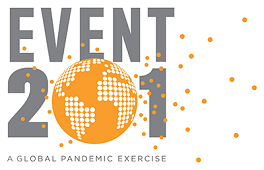 Biden is the second Catholic president to meet the Pope, with the first being John F. Kennedy.

JFK‘s meeting happened on July 2nd, written or 7/2 or 2/7, in the year he was assassinated, on a date with 72 numerology:

Biden went to the Vatican to meet with Francis, the head of the Catholic Church, 119 days after (and 246 days before) July 2nd:

In Jewish gematria, The Lateran Treaty sums to 1046.

Yesterday, I posted this video explaining his connection in the news this week to Michael Johnson, the son of Ernie Johnson.

The Braves lost their final home game in Atlanta this season by a score of 9-5 in a massive “95” ritual.