This Bow and arrow attack occurred on a date with Primary numerology of 64:

Andrew Berwick was the pseudonym of Anders Behring Breivik, who perpetrated Norway’s largest terror attack on record back in 2011.

The killings happened just one day before Norway swears a new Prime Minister into office from the Norwegian Labour Party (both spellings of “labor” seem relevant).

The attacks occurred in Kongsberg, which is 183 years old:

These are the same values in the phrase Solar eclipse. 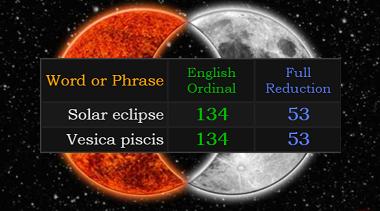 The outgoing Prime Minister is named Erna Solberg. Of course, Sol is the Latin name for the Sun.

Breivik’s attack, which fell on a date with 33 numerology, was cinematized in a film called 22 July, which was released on Netflix in 2018:

For some icing on the cake, Labour party has matching gematria with Total solar eclipse. Recall these numbers from my post the other day in another eclipse-related story.

Anders’ birthday was also the 44th day of the year:

Today’s incident in Kongsberg has Standard numerology of 44: 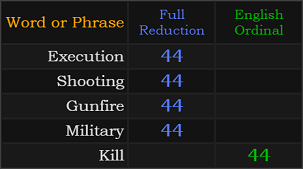