Jimmy Greaves is the all-time leading goal scorer in the history of English top-flight football. He also holds a number of acclaims in international play, including a World Cup victory, and is regarded as one of the greatest strikers of all-time.

He made his debut with Chelsea that year in a match against Tottenham Hotspur (a.k.a. the Spurs). After four years playing for Chelsea, he would go on to sign with the Spurs, becoming that club’s all-time leading scorer, a record he still holds to this day.

On the date Greaves died, it just so happened that Chelsea was traveling across town to play Tottenham Hotspur in a primetime Sunday game (most games are played on Saturday):

Greaves died on the date written 19/9

Greaves was 81 years old when he died. This stands out, because he was born on a date with Primary numerology of 81:

Tottenham’s current coach, Nuno Espírito Santo, came to terms with the club 81 days (or a span of 82 days) before Greaves passed:

The date he died had a Life Lesson number of 33:

Thirty-three is a number of Ritual human sacrifice.

Greaves helped win England a World Cup on the date July 30th, which is the 211th day of the year, and had 103 numerology:

He died on the date that leaves 103 days in the year:

Both Tottenham and Chelsea are based in London, England.

Football is a game with 22 men on the pitch at all times. Consider how the American version of football is run by the National Football League.

Chelsea’s crest has a Lion on it: 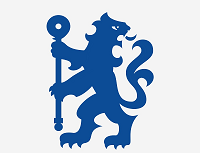 The astrological sign represented by a lion is Leo, which rules the heart. This connection was explained in my video on Biz Markie from July. It appears to be present here as well:

The Heart is the symbol of Valentine’s Day, which falls on 2/14 each year. Jimmy died 20140 days after he helped secure England a World Cup, and a span of 52 days after the win’s anniversary: